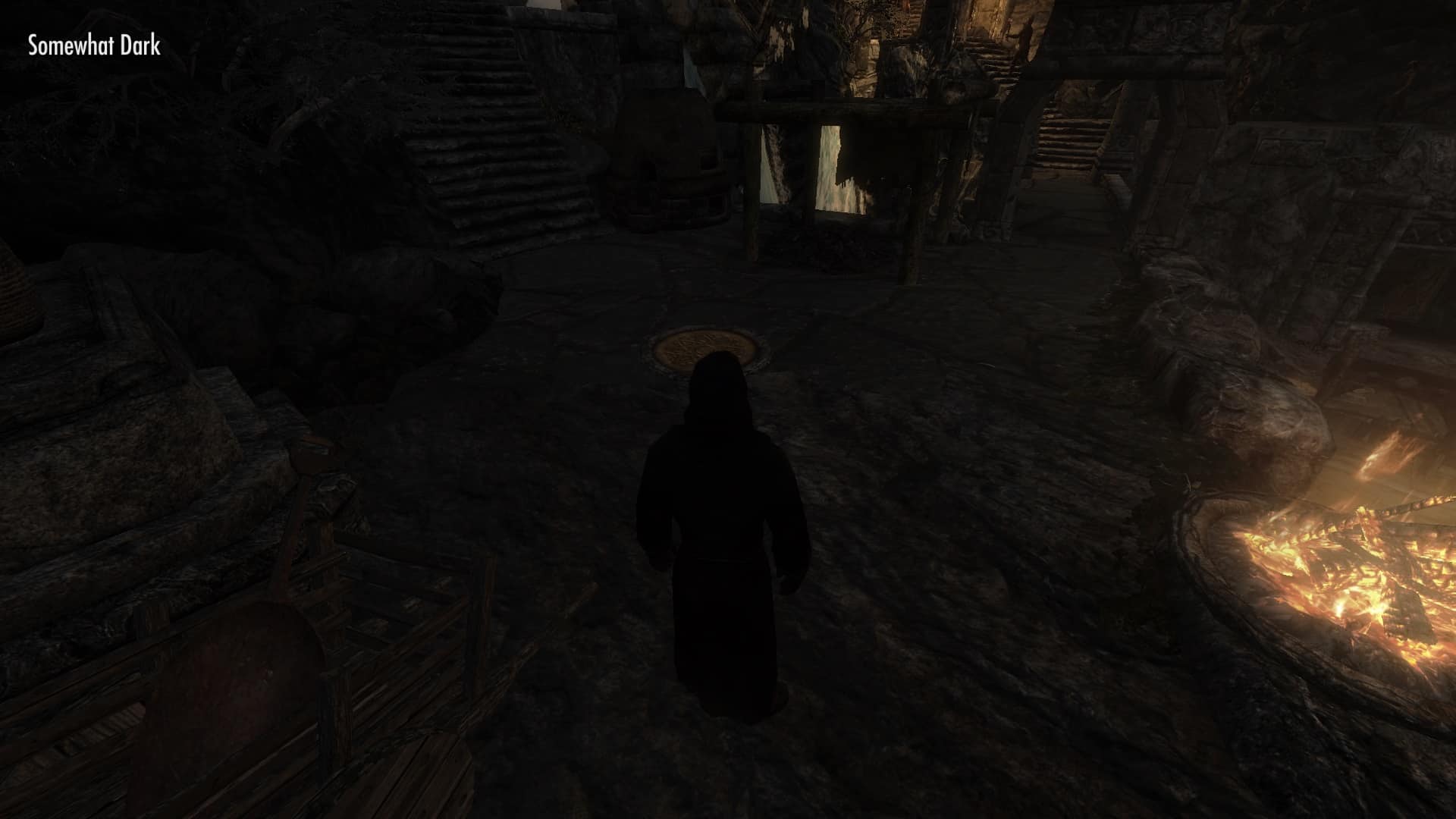 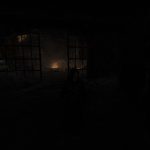 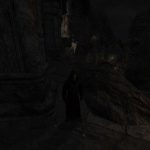 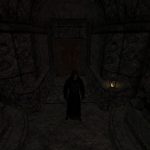 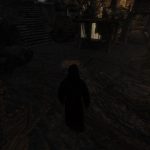 This mod is designed to let the player know if the game considers the player to be in the dark or not. Using a lesser power you’ll be able to check at will while standing still. I used quite conservative values when giving the player feedback on the light level, so if you’re using a mod that makes the game darker like I am, you will appear to be in the dark but the game will consider you to be in the light and vice versa. This doesn’t make any edits to the light value, it only displays what the game reads. You can now play at a very high brightness and still have a method of knowing whether you’re in the dark or not.
The lesser power is called Sense Light. There’s a small ‘quest’ to obtain the power.

Go to the Jarls throne in Markarth and look for a recently read note. If the note isn’t there due to unforeseen incompatibilities, search for “Forsworn Insider Note”. Optional: Remember to role play and not just read the note while the Jarl is sitting there!

“One with the shadows” Light level 1 and 3 and 5 and 7
Like I said, the values are conservative so a light level of 8 could look dark and you could still be well hidden despite the message.
As long as you are somewhat dark, you are fairly safe. If you have a hardcore stealth mod and a low sneak levels, you’ll still be able to figure out what level the mod will consider you hidden. One with the shadows is virtually guaranteed that the game thinks you are well and truly in the dark.

Other
You should only use this mod with ELFX or dark lighting mods, the feedback, while still accurate, you’re probably always going to ‘not in the dark’ due to vanilla being incredibly well lit.
Any ideas, name changes, aesthetic changes, message changes, typos are all welcome. There shouldn’t be any bugs or conflicts outside of a mod that changes Understone keep DRASTICALLY, texture changes won’t have any affect. I’m using Enhanced lights and FX(what a difference!), and Vivid weathers(very original and I’d recommend none other).
I think that covers it.

Have you ever tried Skyrim Mods? All advanced players around the globe are fascinated by these additional options, which can solve various occurring issues. If you want to become a leading gamer, Skyrim Ace Sense Light Mod can be the key to success and make this happen faster. All you need to do is pick the needed file and simply add it to your game. This provides you with unseen features and enables you to deal with your workload in a smarter way. There are so many different Skyrim Special Edition mods on our site that you will need some time to try at least some of them. But it’s definitely worth every second spent because your game is being lifted to the whole new level. Every Skyrim mod of our database is the highest quality and meets the strictest requirements. This ensures that our visitors get access only to the most exclusive and useful files. One of the best things we can offer for our visitors is unlimited access to the vast variety of extra files, which provides a wide range of benefits. It’s a significant surplus which is essential in being competitive. If that is your main goal, you should definitely try at least one Skyrim Special Edition Ace Sense Light Mod file. You will be shocked how come you were missing this kind of important upgrades. But it’s never too late to give it a try and explore. Be one of the modern farmer and take the chance to all you can. These additional Ace Sense Light files will enable you to choose between the best equipment, weapons and other functionality available. Could you miss that opportunity? We doubt that, so no more hesitating, make a decision right now and boost your game instantly. There won’t be any regrets or disappointments – make your farm the leading one right now!