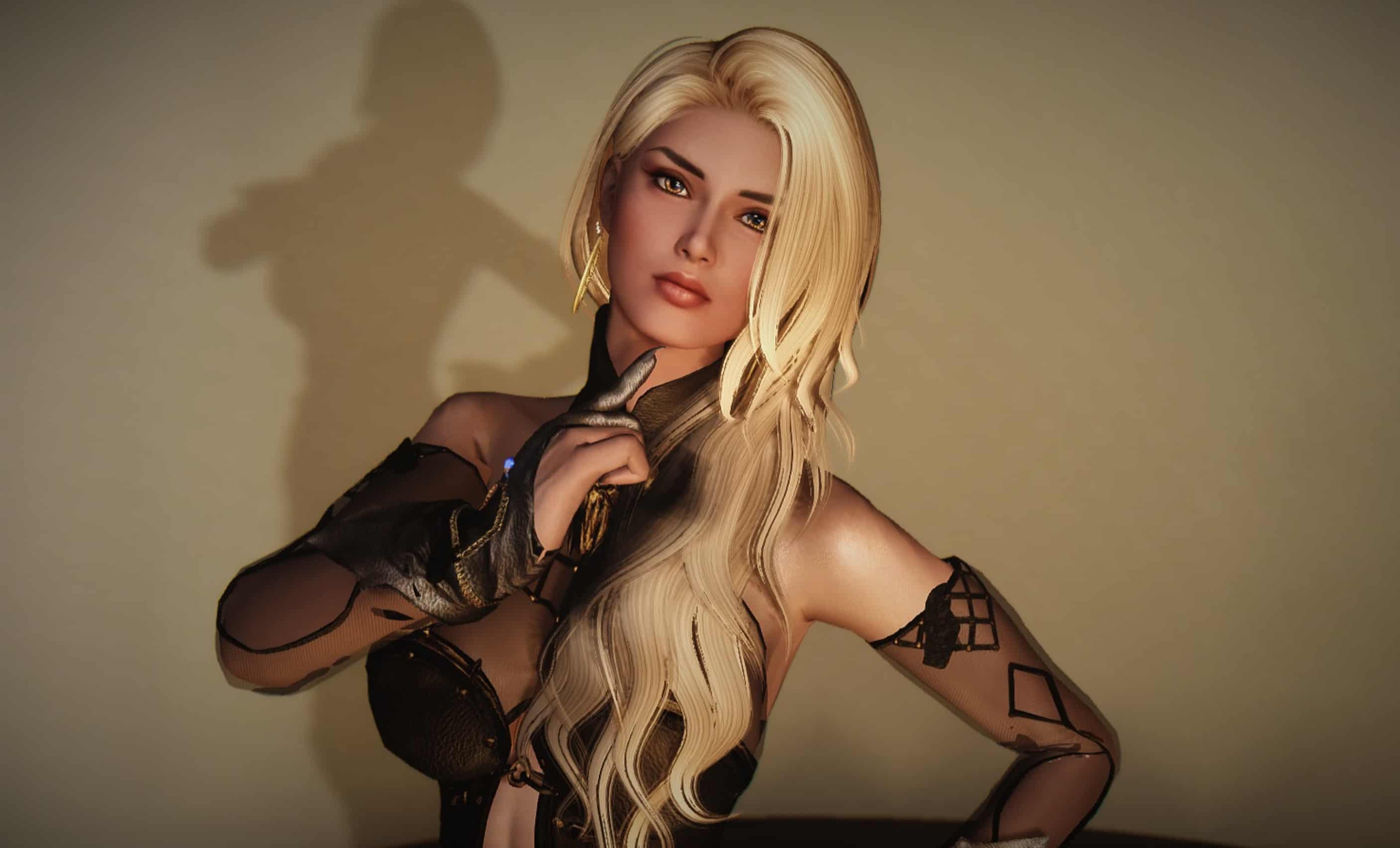 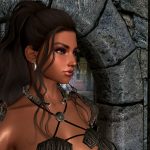 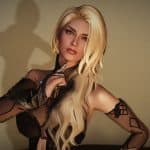 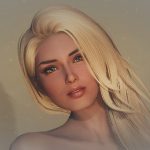 The Daughter of the Goddess Dibella and the Arch of Lustfulness (NSFW Follower).

As in ancient Greece, the gods also join the mortals in Skyrim for their pleasure. They never know who they are dealing with, as the Nine naturally walk the earth in altered form and do not want to be recognised. Dibella, too, seeks the proximity of a mortal from time to time in order to live what she exists for. A hunter fishing at Lake Ilinalta did not know what happened to him when the goddess seduced him. When he woke up the next morning, there was only the sweet breath of a memory left in him and the certainty of having experienced something indescribably beautiful. But to Dibella’s astonishment, this visit was not without consequences, for a being grew inside her, delicate as a first leaf in spring and beautiful as glittering morning dew.

She gave the girl the name Armana and in her boundless love gave her all the freedom the girl desired. This was a fatal mistake, for Armana was half human and in need of education. As she blossomed into a young woman, even Dibella noticed her daughter’s recklessness and craving for pleasure, but found herself unable to do anything about it. Armana, who preferred to stay in Skyrim among mortals, played all kinds of tricks on people and seduced them whenever she felt like it. Her beauty opened doors and hearts for her, and if the latter was damaged in the process, she just laughed and moved on.

Lord Sanguine, who had been watching the demigoddess’ doings for a long time, delighted in the young woman’s deeds and decided that now was the time to win Armana over and show her what opportunities awaited her at his side. But to his annoyance, the young woman evaded his wooings, even taunting him. In his anger, he decided to take revenge, but Dibella found out about it and stood protectively in front of her daughter. Gritting his teeth, Sanguine withdrew and pondered how he could still get one over on Armana. Then an idea came to him and his laughter rumbled like thunder over Skyrim.
“You will serve, my dove, whether you like it or not. You will be cursed to bind yourself to mortals, to fight for them and obey them. But your masters will shun you, for your weapon will seldom bring death to their enemies, but carnal pleasure. What could your mother say against it, when you give love to mortals!”

When the bow was completed, Sanguine laughed once more in amusement and began to forge a sword for Armana as well. This weapon, imbued with deadly magic, was to be a gift of redemption. No one should ever say Lord Sanguine was not merciful. One night, Armana asleep in the bed of one of her love victims, he placed a bow and a sword among her belongings. He blew on the arrows in the quiver one lasttime and then retreated into the darkness, grinning.

The next morning, Armana was amazed at the weapons lying on her clothes. She had no interest in war and wiped the bow aside. But the small touch was enough to trigger a magical spell that caught her completely off guard. This weapon, this bow was now bound to her and every attempt to get rid of it failed. Even Dibella seemed powerless against this spell (or so she said) and in desperation, Armana moved to Riften, the city of thieves and fences. But her last hope of selling her weapons to the thieves’ guild, if necessary to foist them, was not fulfilled. She was cursed and in her grief she settled down with a bottle of Meet in the
Ragged Flagon….

Armana was created as a human version of my Borgakh replacer (coming soon) and when I discovered a friend’s mod, the idea was born. To my great joy, I was able to convince him to make this mod with me, which of course has potential for further expansion. Tlam99 has put many hours of work into the mod. He has given the character his own, special fighting characteristics and, of course, his bow. If you enjoy Armana, please don’t forget to endorse the mod and thank Tlam99 for his hard work.
You can download the mod in two versions, LoversLab or Standard. The Loverslab version is of course the core of this mod. Take Armana into battle and let yourself be surprised. Please do not forget the requirements you need for this version. The player is not involved in the effects of the bow by default. However, if you wish, a version including the player is available as an option.

The screenshots are from my LE and SE game and show different body types of my Nordic Bombshell Mod sides LE and SE.

Have you ever tried Skyrim Mods? All advanced players around the globe are fascinated by these additional options, which can solve various occurring issues. If you want to become a leading gamer, Skyrim Armana – Daughter Of Dibella LE (High Poly Follower – Default – CBBE-HDT – UUNP-HDT) Mod can be the key to success and make this happen faster. All you need to do is pick the needed file and simply add it to your game. This provides you with unseen features and enables you to deal with your workload in a smarter way. There are so many different Skyrim Special Edition mods on our site that you will need some time to try at least some of them. But it’s definitely worth every second spent because your game is being lifted to the whole new level. Every Skyrim mod of our database is the highest quality and meets the strictest requirements. This ensures that our visitors get access only to the most exclusive and useful files. One of the best things we can offer for our visitors is unlimited access to the vast variety of extra files, which provides a wide range of benefits. It’s a significant surplus which is essential in being competitive. If that is your main goal, you should definitely try at least one Skyrim Special Edition Armana – Daughter Of Dibella LE (High Poly Follower – Default – CBBE-HDT – UUNP-HDT) Mod file. You will be shocked how come you were missing this kind of important upgrades. But it’s never too late to give it a try and explore. Be one of the modern farmer and take the chance to all you can. These additional Armana – Daughter Of Dibella LE (High Poly Follower – Default – CBBE-HDT – UUNP-HDT) files will enable you to choose between the best equipment, weapons and other functionality available. Could you miss that opportunity? We doubt that, so no more hesitating, make a decision right now and boost your game instantly. There won’t be any regrets or disappointments – make your farm the leading one right now!