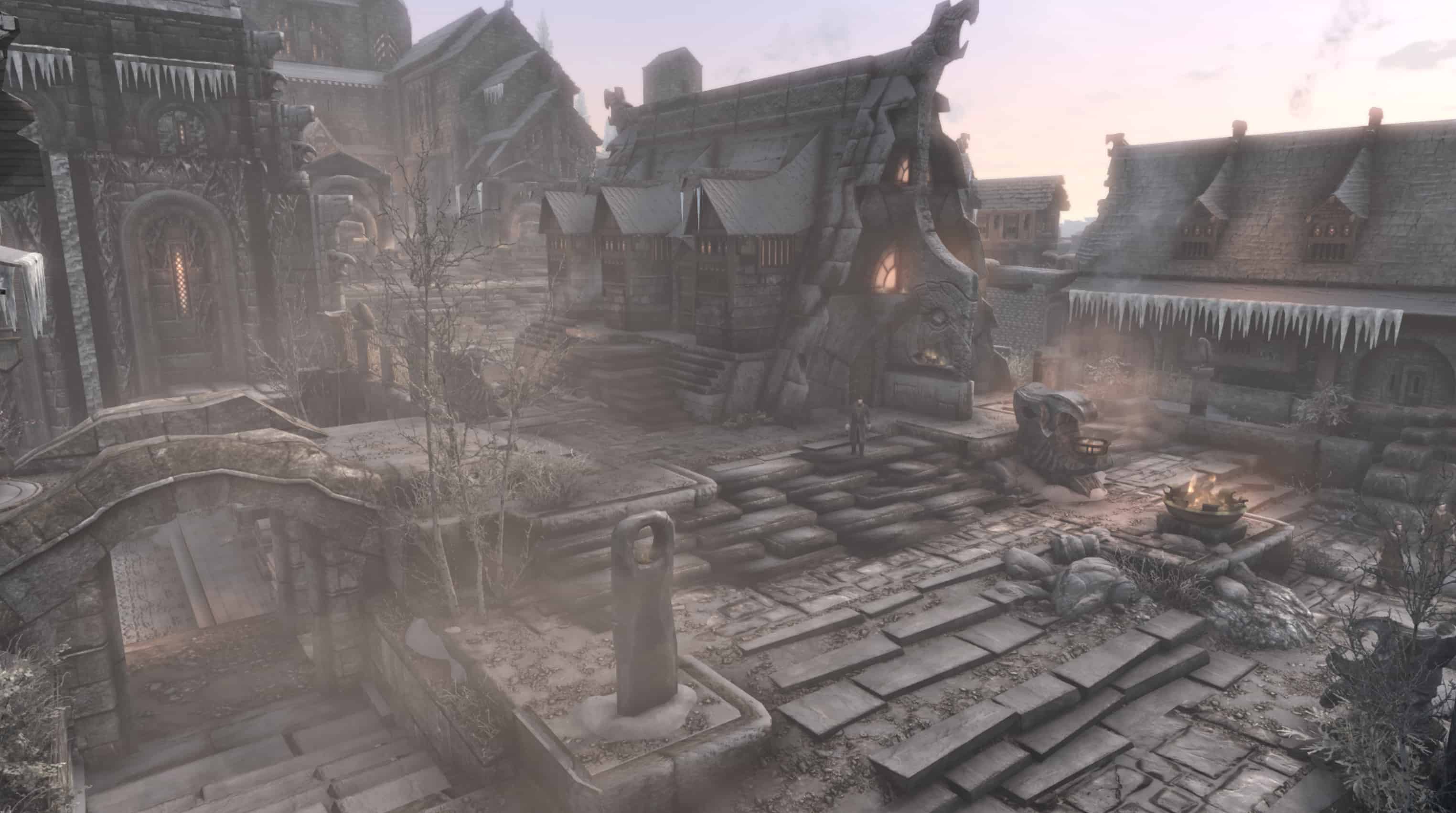 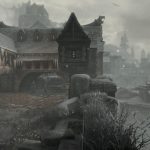 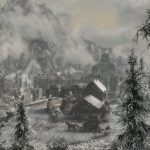 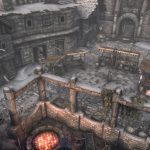 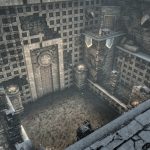 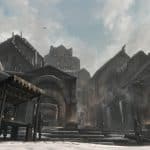 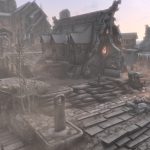 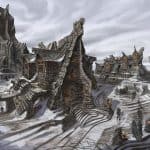 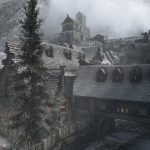 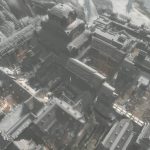 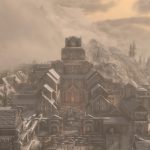 FEATURES INSIDE THE WALLS:
Many new buildings, and multiple shops. Check out the video tab for some seriously good showcases.

– New, more open city layout
– A completely “new” model for the graveyard that I restored, (found in game files)
– The pit/arena is restored along with some voiced NPCs (you can fight there now! – compatible with Faction Pit Fighter mod)
– A Shop selling winter goods
– A smith specialized on axes
– Two bakeries (one fancy, one for commoners)
– A meadery
– A dunmer alchemist/magic goods shop
– A small tavern/soup kitchen
– racism
– A small Windhelm-focused museum
– A new playerhome, Graystone Lodge. A cheap place in the gray quarter.
– A thieves guild safehouse.

– Over 40 new NPCs
– Too lazy to count the exact number. They’re spread out around town to avoid performance going to shit,.
– Some NPCs with unique dialogue that was cut, has been restored (it’s compatible with Cutting Room Floor)
– The new npcs all have AI packs set up, so they’ll do stuff around town. Practicing fighting in the day, drinking mead in the evening and so on
– Most of the new NPCs will have some dialogue and/or greetings using vanilla voice acting
– A few of the new NPCs will have some custom-made outfits.
– A fence who will buy stolen goods, you don’t have be a guild member to trade. You have to find him yourself though.

– Various new decorations around town.
– DLC-integration. Which is a fancy way to say I added in some stuff from DLCs. Like Dark Elf decorations in the Gray Quarter (from Dragonborn DLC). Some shops will offer imported Solstheim goods.
– New books and some readable inscriptions around town describing Windhelm’s long history

FEATURES OUTSIDE THE WALLS:
– Small Dark elf shanty town to the east
– A new dock district to the west/front, with a small tavern
– The frozen wheelhouse from the concept art.
– Ice floe shortcuts to cross the river without freezing to death

Three new merchants will sell their goods on the Bridge to the main gate:
– An imperial peddler
– A dark elf peddler
– A nord fisherman

QUEST FEATURES – EFFECTS ON WINDHELM:
Depending on what quests you finish there will be some small changes around town.

– Civil War – Imperial victory will lead to the biggest changes. Shrines to Talos will be removed, banners will be replaced, some npcs will change etc.
– Rise in the East – East Empire Company entrance will get some new decorations
– Blood on the Ice – Flowers and candles will be placed where a certain NPC was killed
– After you finish some quests added by this mod, certain npcs might like you more and there might be a small scene or two

NEW QUESTS
Some are simple, some a bit more complex. It’s all voice acted with recycled vanilla dialogue (and a little splicing/editing).

1. Severed Cold – There’s been a mysterious attack on the dunmer camp outside the walls. No one seems to remember what happened. You investigate.
1b. Severed Cold – there’s a secret unmarked mini quest related to the quest above. I’m not telling you exactly what it is though.
2. Unusual Imports – Signy got some unwanted guests in her last shipment from Solstheim
3. Collecting the Edda – Hoki is collecting poetic verses for his Windhelm Edda
4. The Talos Mistake – Hverung is on a one-man crusade against the Thalmor. Help him root out a spy. Or don’t.
5. Kyne’s Trial – Frida has heard rumors of a “bear the size of a mammoth”
6. Hunting Trip (repeatable quest) – Frida needs furs
7. The Mead Must Flow (repeatable quest) – Manheim needs someone to deliver his mead to various taverns
8. Delivery – Wilhelm needs to someone to deliver a purchase agreement to Higil

INSTALLATION
There has been significant changes to Windhelm. New game recommended. Some NPCs & objects might not behave correct if you add this mid-game. Like the dock gate. If you install this on an existing game, backup your save first.

1. I recommend saving your game somewhere that’s not Windhelm. Before installing.

2. Choose one version. The only difference between Cutting room floor edition and normal is an npc called Sulvar. Everything else is the same.

2. Install as usual, I recommend using a mod organizer, like mod organizer. Or vortex. It’s up to you.
– If you wanna do a manual install there’s 3 files. “WindhelmSSE.esp”, “WindhelmSSE.bsa”, and “WindhelmSSE- Textures.bsa”. Put them in your Skyrim/Data folder.

3. Quicksave and reload, and you’re good to go.

For LOD, run DyndoLod or SSELODGEN. If you use DyndoLod, make sure it’s the latest version. Don’t forget to run texgen & read the manual. Lod generation It is not required, but the outside might look weird from a distance if you don’t generate.

You do not need to generate LOD for “0WHMiniBearQuestWorld”. It’s included. It’s a mini worldspace you visit for one quest.

COMPATIBILITY
If it’s not included here, I haven’t tested it. So I don’t know. But in general it works like this:

Quickest way to find out if it works, is to test it yourself.

PATCHES ETC
These patches aren’t made by me. I’m not making any patches, you are free do it yourself.

HOW TO REPORT A BUG/PROBLEM:
1. Post bug report in bug report section
2. Make sure to test if you have the problem with only this mod installed.
3. Are you playing on a new or existing save?
4. Check the bug reports to see if your issue has already been mentioned
5. Use this: (LE Note: MFG Console)

PERFORMANCE
More stuff generally means lower fps. Difficult to avoid. I tried to keep things somewhat optimized though. If you can already run Windhelm smoothly you should be OK.

Stuff you maybe want to know

– If you go to Iron Hall in the evening they might have a poetry night going on.
– There’s over 573 new lines of voiced dialogue , not counting quests and scenes.
– The new books is mainly stuff from the UESP wiki.
– The Windhelm expansion didn’t end up looking as good as my Whiterun (Windhelm is Windhelm after all), so I put extra effort into NPCs and quests.
– There’s a shitload of unused Windhelm assets in the game files (some of them are unused for a reason though). I brought back some of the passable ones.

In fact the impression I got when making this mod is that Bethesda had a lot of cool concepts they were trying out for Windhelm, then one day someone was like “ah shit the deadline is tomorrow” and they just threw together what they had. Of course they still put together something with it’s own unique character and there’s a lot of thought that has gone into the design, it’s just that other cities seem more polished cohesive (?) in comparison.

Have you ever tried Skyrim Mods? All advanced players around the globe are fascinated by these additional options, which can solve various occurring issues. If you want to become a leading gamer, Skyrim Capital Windhelm Expansion LE Mod can be the key to success and make this happen faster. All you need to do is pick the needed file and simply add it to your game. This provides you with unseen features and enables you to deal with your workload in a smarter way. There are so many different Skyrim Special Edition mods on our site that you will need some time to try at least some of them. But it’s definitely worth every second spent because your game is being lifted to the whole new level. Every Skyrim mod of our database is the highest quality and meets the strictest requirements. This ensures that our visitors get access only to the most exclusive and useful files. One of the best things we can offer for our visitors is unlimited access to the vast variety of extra files, which provides a wide range of benefits. It’s a significant surplus which is essential in being competitive. If that is your main goal, you should definitely try at least one Skyrim Special Edition Capital Windhelm Expansion LE Mod file. You will be shocked how come you were missing this kind of important upgrades. But it’s never too late to give it a try and explore. Be one of the modern farmer and take the chance to all you can. These additional Capital Windhelm Expansion LE files will enable you to choose between the best equipment, weapons and other functionality available. Could you miss that opportunity? We doubt that, so no more hesitating, make a decision right now and boost your game instantly. There won’t be any regrets or disappointments – make your farm the leading one right now!