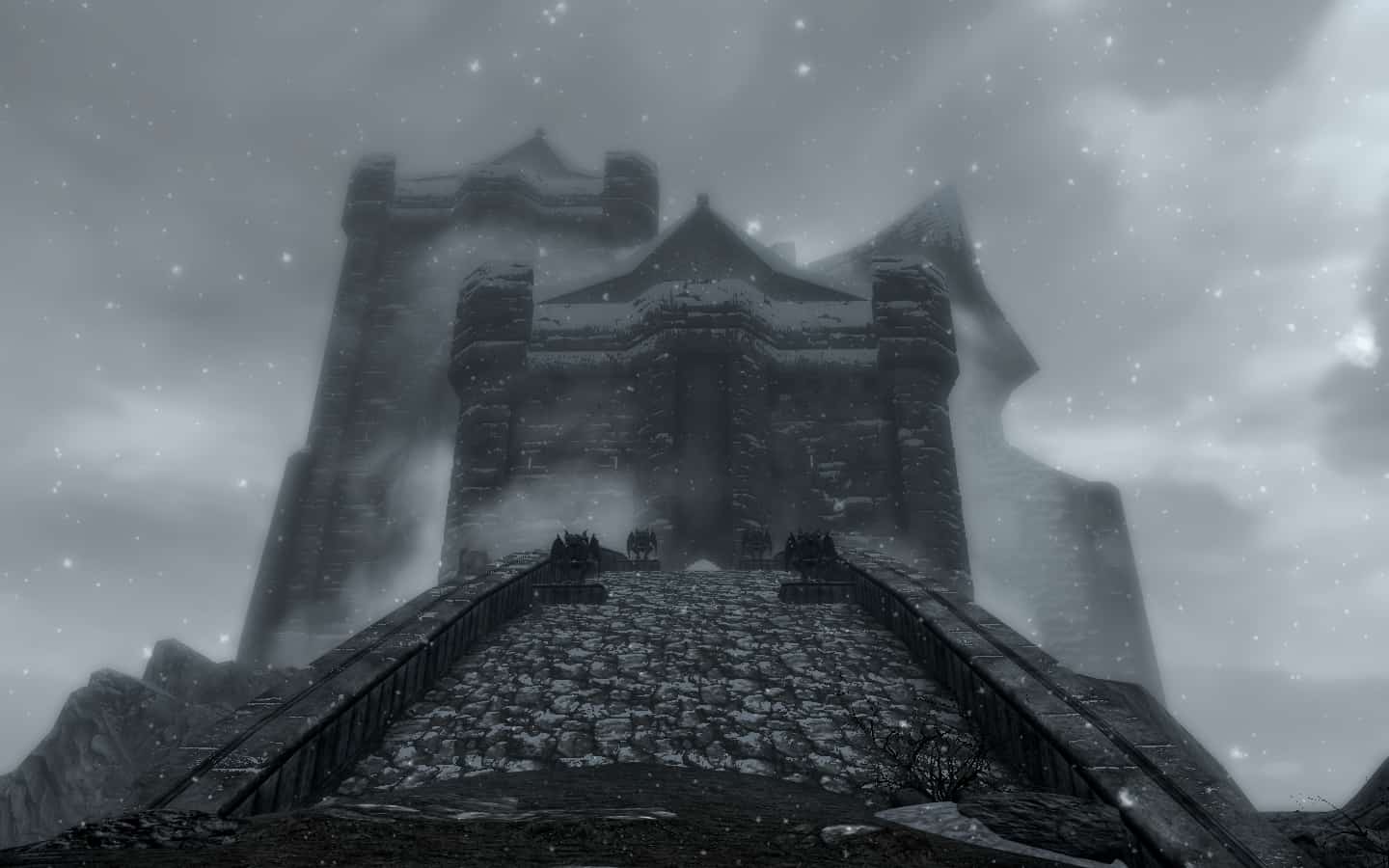 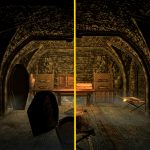 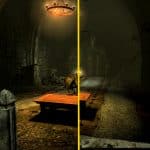 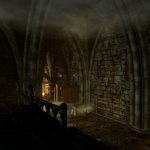 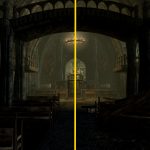 A mod to allow the player to clean up the debris and rebuild Castle Volkihar to its former glory. The North Tower is also converted into a player home with safe storage.

After the Dawnguard quest line is over, have you ever wondered why nobody bothers to rebuild Castle Volkihar? Harkon may have been an obsessive lazy vampire, but that doesn’t mean you need to be! Now you can rebuild the castle as you see fit, whether you’re a vampire lord yourself and just want the stinking mess cleaned up, or a member of the Dawnguard seeking to expand into a new base and occupy some new territory.

At several locations throughout the Main Hall, Volkihar Ruins, Volkihar Courtyard, the Undercroft, and the docks behind the castle will be rubble piles or debris columns you can use to clean up the area around them. You’ll need a pickaxe to do so, but that’s it. After that all you need is the patience to see things through.

If you are playing as a vampire, your existing vampire minions will continue to provide their normal functions, just in a much cleaner environment. After all, what are we? Vampires or slovenly trolls? To clear the path to the Courtyard, speak to Garen Marethi as usual.

If you’re playing as the Dawnguard, cleaning up rooms in the main guildhall area will bring in new Dawnguard members to man the stations that the vampires used to. The blacksmith, apothecary, and vendor will offer services appropriate to Dawnguard members. Ownership of the various castle cells will also be marked properly so you won’t get accused of stealing the stuff you fought so hard to take. As a small added bonus, Fort Dawnguard will get cleaned up properly too. No more cobwebs lurking about!

If playing as the Dawnguard, Serana can now be directed to move into the castle and use her cleaned up room by lighting the candle on the corner of her nightstand (the one with the cloth mat). When the flames are lit, she will stay at the castle when dismissed. If they are out, she will stay at Fort Dawnguard. This candle will be lit permanently if playing for the vampires to indicate she stays there when dismissed. As an added bonus, she will make full use of the entire cell in either location, instead of just being narrowly restricted to the main hall areas.

Valerica’s Study and the hallway outside that leads down to the secret fireplace passage will clean up when you go to the Soul Cairn to tell her Harkon is dead. Best to let the senior vampire handle her own affairs 🙂

Clearing the North Tower attached to the Courtyard provides a player home with safe storage, 3 mannequins, some weapon racks, 3 bookshelves, and a place to sleep too. Be aware though that the North Tower is the ONLY room you can clear out where storage is safe.

DO NOT extract the contents of the BSA file into your Data folder as loose files, or let your mod manager perform an equivalent function on the contents of the file. Doing so will cause things to load in the wrong order and break the game. Skyrim is intended to load a BSA alongside it’s ESM/ESP file. Circumventing this causes issues which we will not provide support for. If you insist on going against this advice, you will receive no support for the problems you generate as a result of this.

Drop the archive into your Skyrim Mods\Bash Installers folder, then install as usual.
Make sure the mod is active in the Wrye Bash mods tab.

Subscribe to the mod via the Workshop page, then use the Skyrim launcher to allow it to download and install.
Make sure it’s active in the Data Files menu.

Use the “Download with Manager” button on the page at Skyrim Nexus. The installer should take care of things from there.
Then simply make sure NMM has the mod activated.

Drop the .esp and .bsa files into your Data folder.
Activate the mod using whatever management tool suits you.

Due to the nature of Skyrim mods, especially those adding scripts, it is strongly discouraged to attempt uninstalling a mod from your active game. Any mod that is more than pure mesh or texture replacements has the possibility to leave behind permanent changes to your save that you may not want. This is not something modders can correct for. It is how the game was designed by Bethesda. No support will be provided for anyone who uninstalls this mod from an active game and continues on with that save.

To remove the mod: Delete the .esp and .bsa from your Data folder. Then reload your game as usual. Don’t expect the castle to be in any different condition than what you left it in though.

Will not likely be compatible with other mods that make changes to the rooms in Castle Volkihar.

Certain doorways in the castle ruins may not be passable if you enter from Valerica’s Study and proceed downward from there. This is due to bugs in the DLC itself which have been addressed in the Unofficial Dawnguard Patch.

This mod is not made, guaranteed, or supported by Zenimax, Bethesda Game Studios, or any of their affiliates.

Have you ever tried Skyrim Mods? All advanced players around the globe are fascinated by these additional options, which can solve various occurring issues. If you want to become a leading gamer, Skyrim Castle Volkihar Rebuilt Mod can be the key to success and make this happen faster. All you need to do is pick the needed file and simply add it to your game. This provides you with unseen features and enables you to deal with your workload in a smarter way. There are so many different Skyrim Special Edition mods on our site that you will need some time to try at least some of them. But it’s definitely worth every second spent because your game is being lifted to the whole new level. Every Skyrim mod of our database is the highest quality and meets the strictest requirements. This ensures that our visitors get access only to the most exclusive and useful files. One of the best things we can offer for our visitors is unlimited access to the vast variety of extra files, which provides a wide range of benefits. It’s a significant surplus which is essential in being competitive. If that is your main goal, you should definitely try at least one Skyrim Special Edition Castle Volkihar Rebuilt Mod file. You will be shocked how come you were missing this kind of important upgrades. But it’s never too late to give it a try and explore. Be one of the modern farmer and take the chance to all you can. These additional Castle Volkihar Rebuilt files will enable you to choose between the best equipment, weapons and other functionality available. Could you miss that opportunity? We doubt that, so no more hesitating, make a decision right now and boost your game instantly. There won’t be any regrets or disappointments – make your farm the leading one right now!