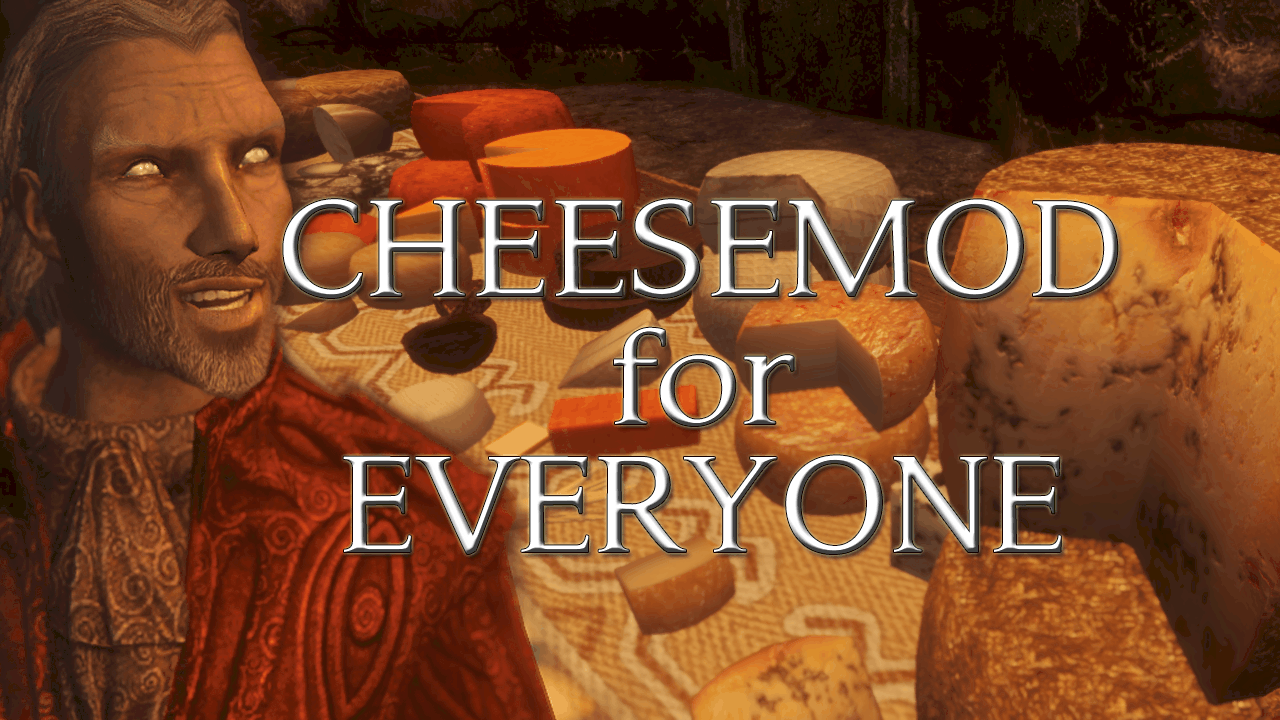 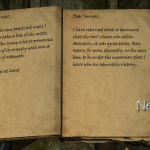 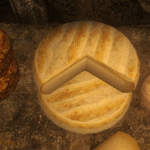 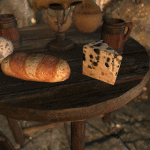 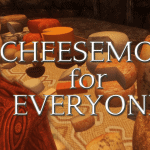 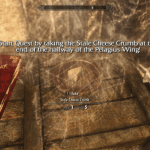 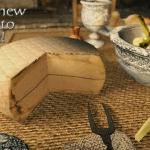 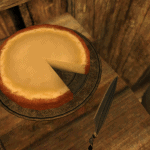 Adds over a hundred new types of cheese, hand-placed in an immersive way throughout Skyrim, and a fully voice-acted quest with Sheogorath.

This mod adds over a hundred new types of cheeses all throughout mainland Skyrim, and a quest given to you by Sheogorath (featuring spot-on voice-acting by Daniel Hodge) to find and collect all of them in return for a Deadly Daedric Artifact. Each one of the cheeses has been crafted with a concerning amount of love, and hand-placed in ways that add to the atmosphere of Tamriel.

To start the quest, go to the end of the hall of the Pelagius Wing (requiring completion of Sheogorath’s first quest) and take the Stale
Cheese Crumb next to the book Cheeses of Tamriel.

You will be tasked with collecting all the new types of cheeses in Skyrim.

The sliced wheels and slices of the various cheeses count separately, so be sure to collect those as well as the full wheels.

Imported cheeses ﻿(of which there are many) from other parts of Tamriel can often be found around or near NPCs of races that hail from those places.

There are two spreadsheet files in Skyrim >> Data >> Meshes >> Cheebz. One is “Locations”, which has a list of all the locations the cheeses are found, and one is “List” which has a blank list of cheeses to help you keep track, without spoiling the locations. Of course, if you really want to cheat, there is a cheese testing cell (yum_cheesecell) with all of them; you can use the coc console command to enter it.

Some of the more unique cheeses have notes or journals near them explaining how they got to be there – for example, the abandoned Thalmor Headquarters in Solitude now have a reason for having been abandoned. Take a look!

After collecting a cheese, you can drop, eat, sell, or do whatever you like with it – it still counts as having been collected!

For your heroic efforts in collecting all the cheeses in Skyrim, you will get a DEADLY DAEDRIC ARTIFACT (Sheogorath assures you this is the case) and the ability to craft a number of decorative cheese boards from the new cheeses. And, of course, all of your new cheese.

Daniel Hodge for voice-acting Sheogorath
﻿Simon Magus for help with magic effects
﻿Padawanjedi, ﻿PierreDespereaux, ﻿elr0y_7, and GOOGLEPOX for help with testing
InsanitySorrow’s modder resource for the model of the Red Cheese
Everyone on the SkyrimMods subreddit who suggested a cheese for me to make
﻿﻿DanielCoffey for the book cover resources

Have you ever tried Skyrim Mods? All advanced players around the globe are fascinated by these additional options, which can solve various occurring issues. If you want to become a leading gamer, Skyrim Cheesemod for EVERYONE Mod can be the key to success and make this happen faster. All you need to do is pick the needed file and simply add it to your game. This provides you with unseen features and enables you to deal with your workload in a smarter way. There are so many different Skyrim Special Edition mods on our site that you will need some time to try at least some of them. But it’s definitely worth every second spent because your game is being lifted to the whole new level. Every Skyrim mod of our database is the highest quality and meets the strictest requirements. This ensures that our visitors get access only to the most exclusive and useful files. One of the best things we can offer for our visitors is unlimited access to the vast variety of extra files, which provides a wide range of benefits. It’s a significant surplus which is essential in being competitive. If that is your main goal, you should definitely try at least one Skyrim Special Edition Cheesemod for EVERYONE Mod file. You will be shocked how come you were missing this kind of important upgrades. But it’s never too late to give it a try and explore. Be one of the modern farmer and take the chance to all you can. These additional Cheesemod for EVERYONE files will enable you to choose between the best equipment, weapons and other functionality available. Could you miss that opportunity? We doubt that, so no more hesitating, make a decision right now and boost your game instantly. There won’t be any regrets or disappointments – make your farm the leading one right now!