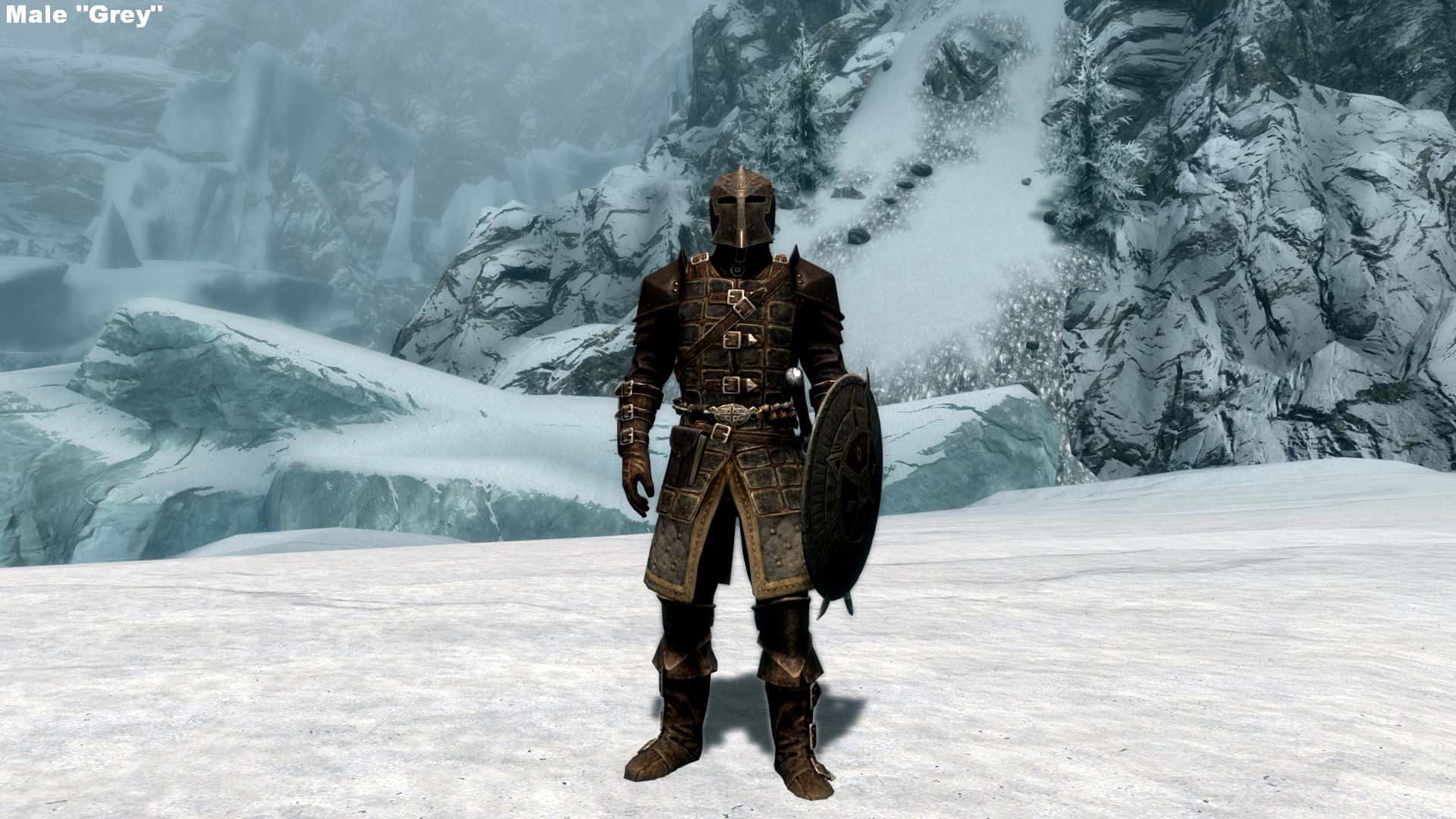 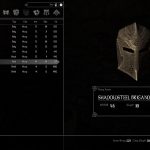 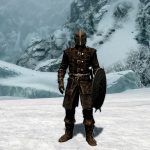 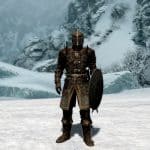 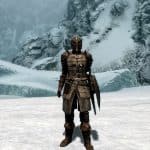 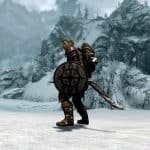 A port of Dawnguard heavy armor set from Dawnguard DLC for Skyrim to Enderal.

The Dawnguard heavy set was always one of my favorite armors in vanilla Skyrim, so one day I asked myself “Why not bring it to Enderal?”. And here it is. Hope you will enjoy it.
I decided to call it “Shadowsteel Brigandine” because shadow steel is “what all cool kids have in Enderal”, according to the lore, and because it somewhat resembles real-life brigandines, at least to my uneducated eye.

After you reach level 22, Darius Floorhammer (“Floorhammer’s Forge Work” shop in Ark’s Marketplace) will start selling blueprints for the set, all at once. The smithing skill requirement is Handicraft 44.

The mod includes 5 cuirasses, the heavy full helmet, boots and gauntlets, and 2 shields (“common” Dawnguard shield renamed to “Shadowsteel Shield”, and “rune” Dawnguard shield renamed to “Shadowsteel Rune Shield”). Although 3 out of 5 cuirasses are classified as light armor in vanilla Skyrim, they all heavies in this, because the “light” ones visually differ not so much from the heavy ones – a missing shoulder plate (pauldron) here, missing sleeves there…
By armor rating the set is halfway between the Starling (“Dwarven”) and “Righteous Path” (“Ebony”) sets, so it’s quite high-tier. By weight it’s lighter than the Righteous Path set.

Unpack the archive straight into the Data directory of your Enderal copy. Don’t forget to check BrigandineArmor.esp in the “Data Files” tab of Enderal launcher on first launch.

Delete the following files in your Skyrim/Data directory (basically everything starting with “BrigandineArmor”):

The armor ratings increased by 20%, to follow the same change in Enderal: Forgotten Stories DLC (FS) for all heavy armors.
The smithing skill requirements for crafting increased from 37 to 44, to reflect similar skill requirement changes in FS.
Reduced the player’s level required for the blueprints to appear in Floorhammer’s Forge Work shop, to 30 to 22, following the trend set for other blueprints in FS.
Brought Floorhammer’s Forge Work shop’s inventory up to date.
Added support for the new “blueprint collection” storage from FS.
Reduced the amount of materials required for crafting new pieces, bringing them closer to what’s usually required for other armors in Enderal.
Introduced one blueprint for all 5 cuirasses instead of 5 blueprints, one for each “tint”. The old “tint” blueprints are still in the files for compatibility, but Darius Floorhammer sells them no more.
Introduced one blueprint for both shields instead of 1 for the “common” shield and 1 for the “rune” one. As with the cuirasses, the old blueprints are still in the files for compatibility, just not sold by Darius Floorhammer.
Replaced all textures with the ones from the official Skyrim High Resolution Texture Pack (“2K”). A version with the old “low-res” textures will still be available.
Fixed missing cubemap texture. The helmet and cuirasses (especially the pauldrons) will be more “shiny” than they used to be in the previous version.

I kept the original mesh and texture paths, so in theory the mod must be compatible with Dawnguard texture overhauls for vanilla Skyrim.

All the credits go to Bethesda for this nice armor, I haven’t changed anything in the original meshes and textures.

Have you ever tried Skyrim Mods? All advanced players around the globe are fascinated by these additional options, which can solve various occurring issues. If you want to become a leading gamer, Skyrim Dawnguard Heavy Armor (Shadowsteel Brigandine) Mod can be the key to success and make this happen faster. All you need to do is pick the needed file and simply add it to your game. This provides you with unseen features and enables you to deal with your workload in a smarter way. There are so many different Skyrim Special Edition mods on our site that you will need some time to try at least some of them. But it’s definitely worth every second spent because your game is being lifted to the whole new level. Every Skyrim mod of our database is the highest quality and meets the strictest requirements. This ensures that our visitors get access only to the most exclusive and useful files. One of the best things we can offer for our visitors is unlimited access to the vast variety of extra files, which provides a wide range of benefits. It’s a significant surplus which is essential in being competitive. If that is your main goal, you should definitely try at least one Skyrim Special Edition Dawnguard Heavy Armor (Shadowsteel Brigandine) Mod file. You will be shocked how come you were missing this kind of important upgrades. But it’s never too late to give it a try and explore. Be one of the modern farmer and take the chance to all you can. These additional Dawnguard Heavy Armor (Shadowsteel Brigandine) files will enable you to choose between the best equipment, weapons and other functionality available. Could you miss that opportunity? We doubt that, so no more hesitating, make a decision right now and boost your game instantly. There won’t be any regrets or disappointments – make your farm the leading one right now!