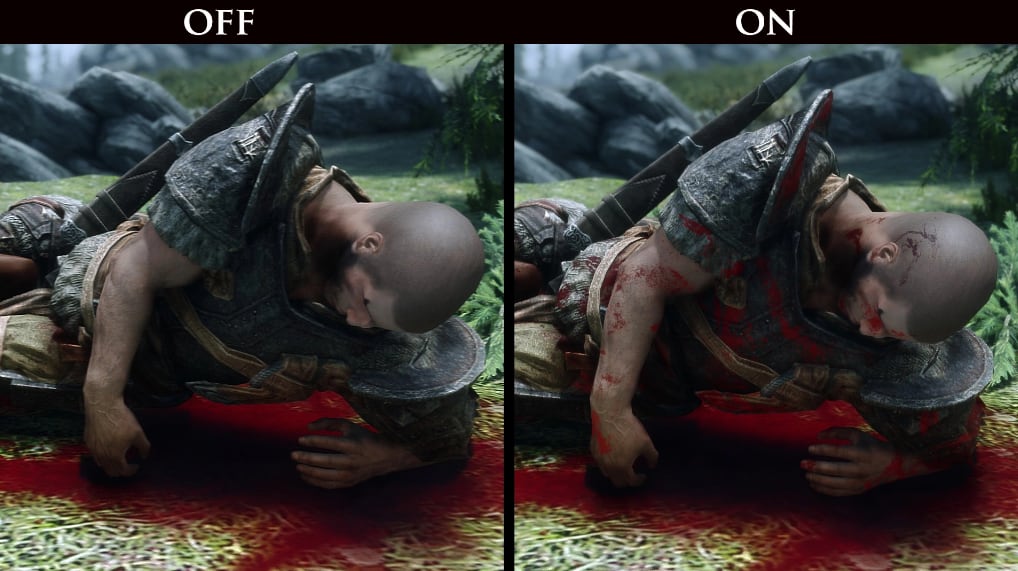 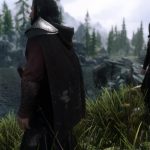 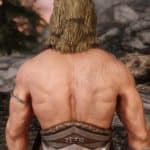 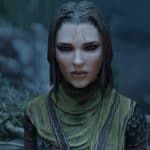 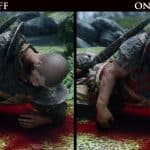 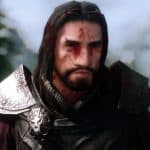 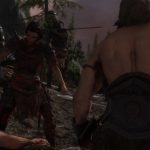 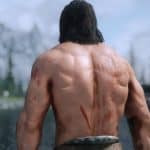 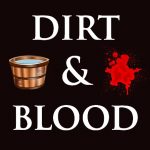 Your character will accumulate dirt and blood dynamically, which you can clean by swimming, standing in the rain or taking a bath. The effects are mostly visual only and do not affect gameplay. NPCs will also get bloody as a result of battles. Mod is designed to be simple and lightweight.

Features
TWEAK IT: Almost everything is configurable to your liking in the MCM. Don’t like a feature? Disable it! Don’t agree with the frequency of the stages? Tweak them!

PLAYER GETS DIRTY/BLOODY: There are 4 stages of Dirt (and 4 equivalent stages of “dirt + blood”). Your character will become dirtier every about 2 days, probably faster if you get into combat often. Getting hurt in combat has a small chance to make you advance a stage.

MOSTLY VISUAL, DOESN’T AFFECT GAMEPLAY: My mod is designed NOT to affect gameplay. There are only 2 exceptions: If you’ve reached stage 4 of the dirt/bloody level, you will get a 10% price increase when dealing with merchants. Equally, if you’ve taken the extra steps to be extremely clean (by a thorough washing), you will get a 10% price discount when buying from merchants. By default, it can take up to 12 days going from clean to this “extreme” dirt stage where merchants dislike you. (Let’s say the Medieval-based world of Skyrim does not have today’s standards of cleanliness). In practise, you will get dirtier quicker as you get hurt in battles. However, most likely you will get rid of the dirt without even realising. See next point 🙂

GET CLEAN WITHOUT EVEN TRYING AS YOU PLAY: By default, taking a swim will wash most of the dirt and blood away. Standing in the rain also gets you clean, but it’s not as effective as swimming. Lastly, if you wish to, you can use a “washing” ability, which will perform an animation and leave you very clean. By default, no soap or standing near water is needed to use this ability as I didn’t want to add more elements into the game, but you can add a soap requirement via the MCM. Not adding a “stand in water” requirement as I want it to be compatible with custom showers and baths. Use the washing ability when you think it makes sense for your character.

BLOOD ON NPCS: NPCs that get attacked either by the player or other NPCs also have a chance to get bloody. Completely compatible with Enhanced Blood Textures, which is actually recommended but not mandatory. All my effects on NPCs disappear after 7 IRL minutes. More on this in the performance section.

HAIR/BEARD GROW REMINDERS: As a bonus, there’s an option to give you reminders to update your character’s beard/hair to reflect how it’s growing. This is not dynamic, as you will need to change the hair/beard yourself, but it’s nice for roleplaying. A menu will pop up after 5-10 days reminding you about it and letting you jump into the configuration right away (no need to use the console!). If you’re currently busy, you will instead get a couple of “token scissors” in your inventory that you can activate to get the same result. This whole “hair growth reminder” feature can be disabled in the MCM. Before anyone asks… the message is customized by your character’s sex, so no, no reminders about your female dragonborn’s beard… sorry.

VERY PERFORMLY FRIENDLY: See more on the next section.

Performance & Behind the Scenes
Designed to be extremely lightweight. The mod should have little to no effect on performance. The main feature (Dirt and blood on the player’s character) is a very simple script that removes the old effect and replaces it with a new one every 3 or 4 in-game days and that’s the only time it runs. Blood gets applied via conditionals (blocking/not blocking, power-attack, etc.)

The NPC blood application effect is NOT activated by a cloak script, but by using Skyrim’s native conditional aliases, attached to a 15 second refreshing quest. This means for you that it should be very performance friendly and leave no script bloat. If you want an even ligther alternative, there’s a different option in the MCM for a similar effect that’s even less taxing (via a perk applied to the player, vanilla style too. However this comes at the cost of the effects on NPCs appearing only after the NPC is hit by the player, and won’t happen when an NPC attacks another NPC). You can as well disable the NPC blood feature completely, which will leave the dirt and blood effects only on the player and not for NPCs.

The “bloody” effect on the NPCs is applied by giving them a simple potion that applies the blood look via an effect shader, this is comparable to vanilla effect shaders like for example the visual effect on a character when they use the Iron Flesh spell. This approach should leave no trace in your saves. Similar to an NPC drinking a health potion – when the effect disappears, it disappears. The effect of the “visual potions” (the blood on NPCs) lasts 7 real life minutes, so after that the effect vanishes and the NPC returns to their normal look.

Compatibility
Compatible with mostly everything, this mod is very light weight and doesn’t touch any existent elements. However it is NOT compatible with mods that attempt to do the same in terms of dirt, as they will be redundant. (Bathing in Skyrim, Keep It Clean, etc.)

Enhanced Blood Textures is compatible (and recommended). My mod affects the clothes, hair and skin of the NPCs (via applying a shader overlay on top), whereas EBT will make the floor bloody and more. They complement each other very well. My mod should ALSO be compatible with Bloody Facials (originally the inspiration for my mod), but I think it would be too overkill to use that together with DnB. If you insist in using it, I recommend deactivating all the NPC blood features from my mod and letting bloody facials take over.

ENB do affect how the textures look significantly, but hopefully they look okay in your ENB of choice. I’d be interested in tweaking the files so they’re “exempted” from ENBs, but I’m not very familiar with the topic. Let me know if you can help.

If a different mod applies another effect shader on top of the character (or if you use a spell with a visual effect on your character, like “Become Ethereal”) my mod will let the other mod/spell take precedence. Once their effects end, you will continue seeing the dirt/blood as before.

Have you ever tried Skyrim Mods? All advanced players around the globe are fascinated by these additional options, which can solve various occurring issues. If you want to become a leading gamer, Skyrim Dirt and Blood – Dynamic Visual Effects LE Mod can be the key to success and make this happen faster. All you need to do is pick the needed file and simply add it to your game. This provides you with unseen features and enables you to deal with your workload in a smarter way. There are so many different Skyrim Special Edition mods on our site that you will need some time to try at least some of them. But it’s definitely worth every second spent because your game is being lifted to the whole new level. Every Skyrim mod of our database is the highest quality and meets the strictest requirements. This ensures that our visitors get access only to the most exclusive and useful files. One of the best things we can offer for our visitors is unlimited access to the vast variety of extra files, which provides a wide range of benefits. It’s a significant surplus which is essential in being competitive. If that is your main goal, you should definitely try at least one Skyrim Special Edition Dirt and Blood – Dynamic Visual Effects LE Mod file. You will be shocked how come you were missing this kind of important upgrades. But it’s never too late to give it a try and explore. Be one of the modern farmer and take the chance to all you can. These additional Dirt and Blood – Dynamic Visual Effects LE files will enable you to choose between the best equipment, weapons and other functionality available. Could you miss that opportunity? We doubt that, so no more hesitating, make a decision right now and boost your game instantly. There won’t be any regrets or disappointments – make your farm the leading one right now!