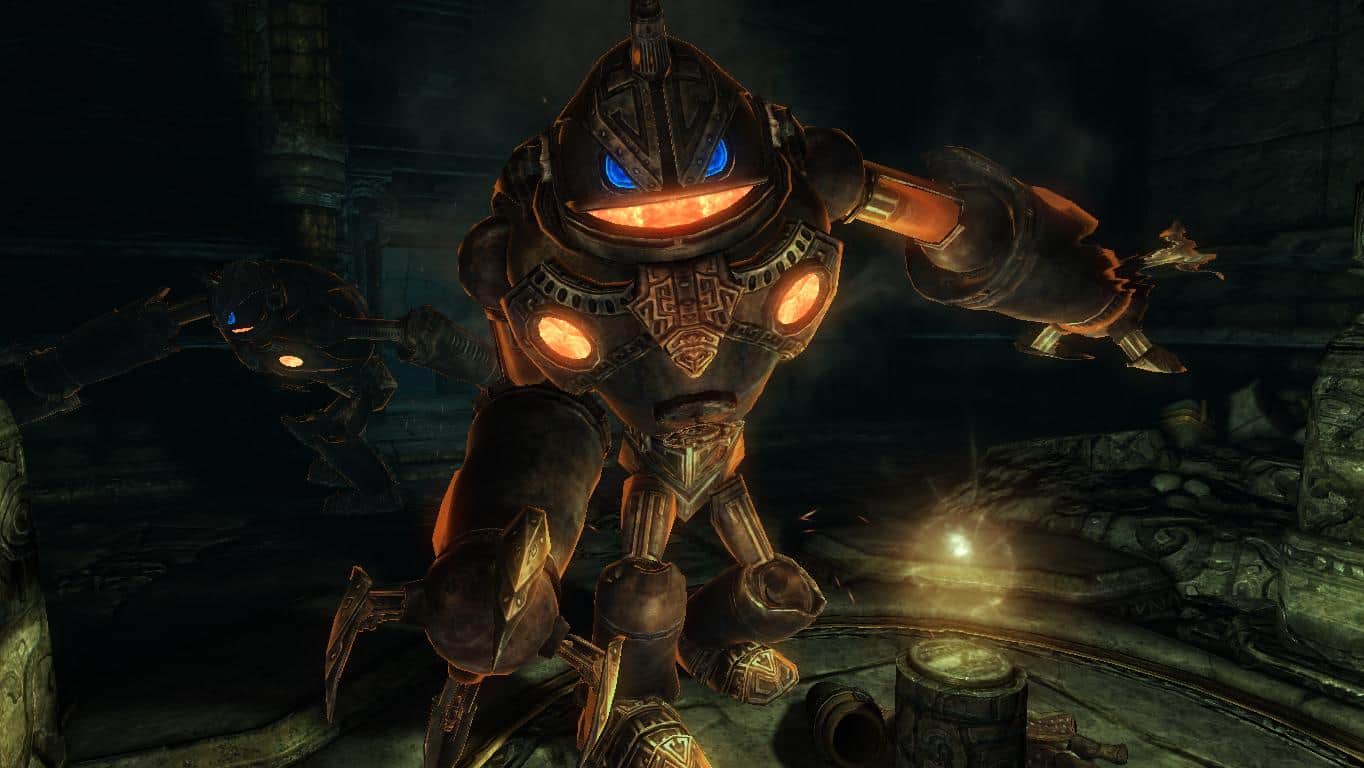 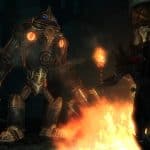 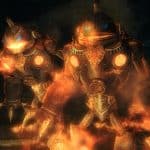 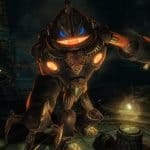 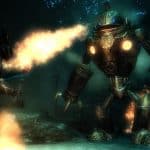 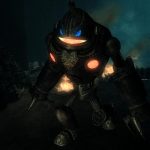 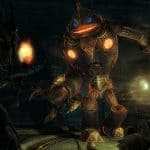 ﻿
Dwarven Magettas are powerfull dwemer automatons that patrol the now abandoned Dwarven Ruins. Slightly larger than a regular Dwarven Centurion, a Magetta lacks the powerfull weapons encrusted on its arms, so, their blows, despite powerfull, are not as dangerous as the bows of a centurion or similar. This kind of machine also has a lighter metal composition on it’s body than other big automatons, what makes them have slightly smaller resistance to damage.

In compensation they are much faster than most automatons, specially Centurions, their blows are more agile, and, being composed internally by pure lava, compressed in a special type of darker, and more resistant to heat, dwemer metal, Magettas produce a terrible ammount of heat on the surface of their metal bodies and on the area around them, what can cause lethal burning damage to their victims. This also makes Magettas completely immune to fire damage on battle, and gives them the ability to breath destructive fire balls, due to their respectable fire power.

They have a pair of aetherium sensors similar to eyes on their metal heads. But is unkown for what function they serve, with some scholars speculating that are the mysterious aetherium properties who allow this automatons to control the enormous concentration of lava inside themselves.

Some assets used on this mod belong too:

Have you ever tried Skyrim Mods? All advanced players around the globe are fascinated by these additional options, which can solve various occurring issues. If you want to become a leading gamer, Skyrim Dwarven Magetta- Mihail Monsters and Animals (mihail oldrim mod) Mod can be the key to success and make this happen faster. All you need to do is pick the needed file and simply add it to your game. This provides you with unseen features and enables you to deal with your workload in a smarter way. There are so many different Skyrim Special Edition mods on our site that you will need some time to try at least some of them. But it’s definitely worth every second spent because your game is being lifted to the whole new level. Every Skyrim mod of our database is the highest quality and meets the strictest requirements. This ensures that our visitors get access only to the most exclusive and useful files. One of the best things we can offer for our visitors is unlimited access to the vast variety of extra files, which provides a wide range of benefits. It’s a significant surplus which is essential in being competitive. If that is your main goal, you should definitely try at least one Skyrim Special Edition Dwarven Magetta- Mihail Monsters and Animals (mihail oldrim mod) Mod file. You will be shocked how come you were missing this kind of important upgrades. But it’s never too late to give it a try and explore. Be one of the modern farmer and take the chance to all you can. These additional Dwarven Magetta- Mihail Monsters and Animals (mihail oldrim mod) files will enable you to choose between the best equipment, weapons and other functionality available. Could you miss that opportunity? We doubt that, so no more hesitating, make a decision right now and boost your game instantly. There won’t be any regrets or disappointments – make your farm the leading one right now!