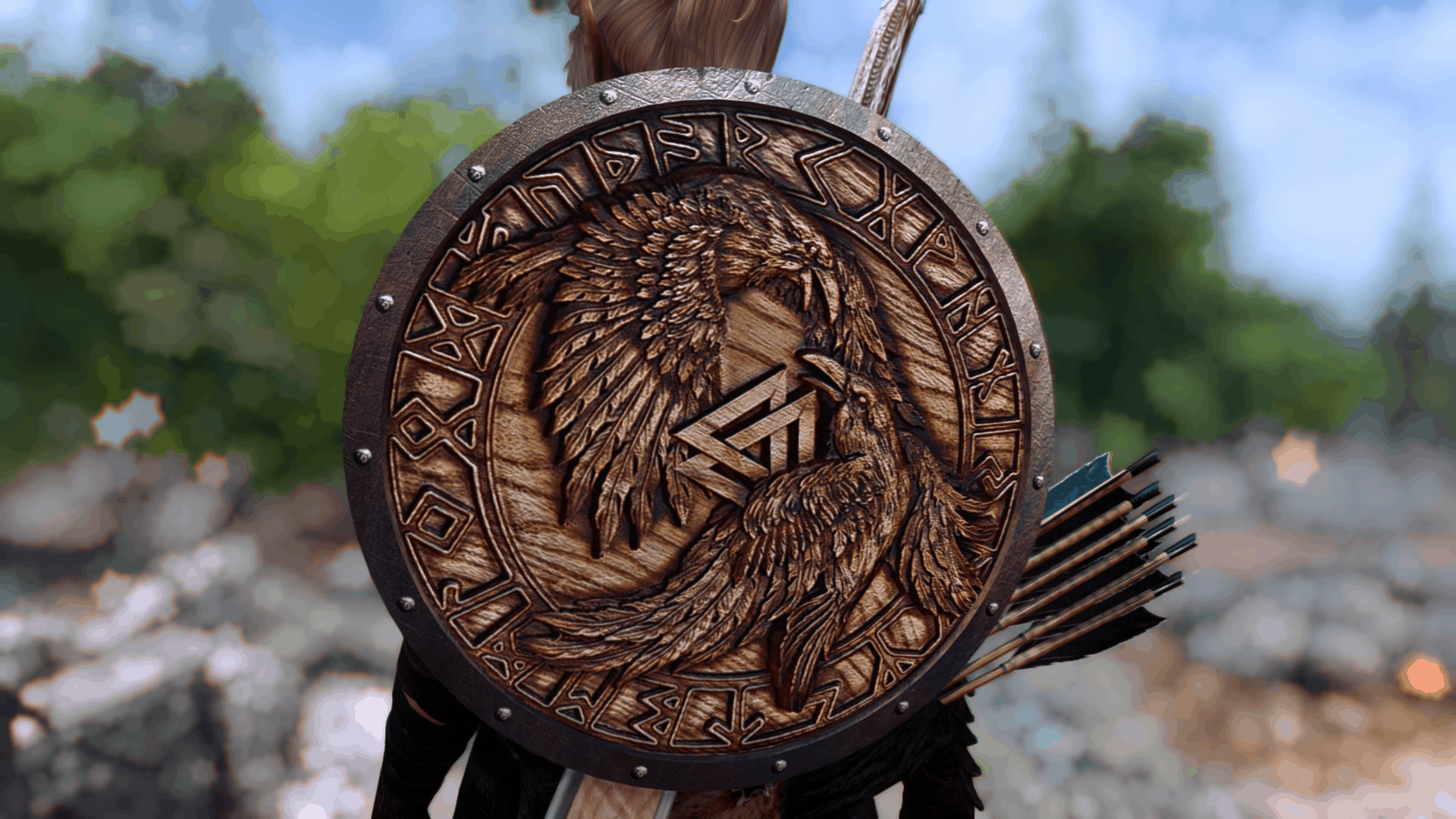 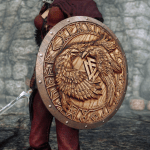 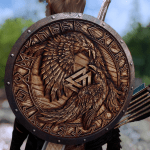 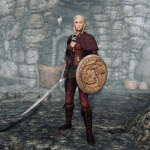 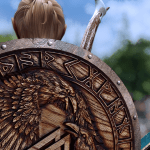 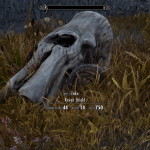 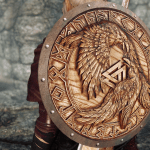 This mod adds two new Shields to the game featuring the awesome artwork of MARYNA from Godsnorth (with her permission). One heavy and one light to be found at dead crone rock on either side of the mammoth skull by the word wall. Can also be crafted, enchanted, and upgraded. Base stats the same as Ebony or Glass depending on armor rating.

Reason for this mod:
Wanted a unique shield for my current character.

I found a TON of great designs while looking for one I would make specifically for my character so decided I would make most of them.

The ‘I want Better Shields’or IWBS to stay true to the IWBA (arrows), and IWBW (weapons) mods I have already created.

This will be the first of many that will be added to an AIO pack when all are complete.

I will be releasing each individually (All flagged .esl) as they are completed for a couple of reasons.

First this gives people the choice of only taking what they want, and not being stuck with an AIO pack that has things they will never use.

Secondly it lets people play with what’s already complete as I work on the rest.

Lastly as .esl flagged plug ins there is no worry about mod limit

What this mod does:
This mod adds 2 new shields to the game.
Both look exactly the same but one is light, and the other heavy armor designation.
Both can be found at Dead Crone Rock leaning up against the mammoth skull by the word wall.
Both can also be crafted, enchanted, and upgraded.

Stats:
Exactly the same as a vanilla glass or ebony shield.
This is specifically for Phat’s friend Sah who likes to run challenges but needs vanilla stat items to keep things equal between contenders.

Have you ever tried Skyrim Mods? All advanced players around the globe are fascinated by these additional options, which can solve various occurring issues. If you want to become a leading gamer, Skyrim Nicos Raven Shield LE Mod can be the key to success and make this happen faster. All you need to do is pick the needed file and simply add it to your game. This provides you with unseen features and enables you to deal with your workload in a smarter way. There are so many different Skyrim Special Edition mods on our site that you will need some time to try at least some of them. But it’s definitely worth every second spent because your game is being lifted to the whole new level. Every Skyrim mod of our database is the highest quality and meets the strictest requirements. This ensures that our visitors get access only to the most exclusive and useful files. One of the best things we can offer for our visitors is unlimited access to the vast variety of extra files, which provides a wide range of benefits. It’s a significant surplus which is essential in being competitive. If that is your main goal, you should definitely try at least one Skyrim Special Edition Nicos Raven Shield LE Mod file. You will be shocked how come you were missing this kind of important upgrades. But it’s never too late to give it a try and explore. Be one of the modern farmer and take the chance to all you can. These additional Nicos Raven Shield LE files will enable you to choose between the best equipment, weapons and other functionality available. Could you miss that opportunity? We doubt that, so no more hesitating, make a decision right now and boost your game instantly. There won’t be any regrets or disappointments – make your farm the leading one right now!