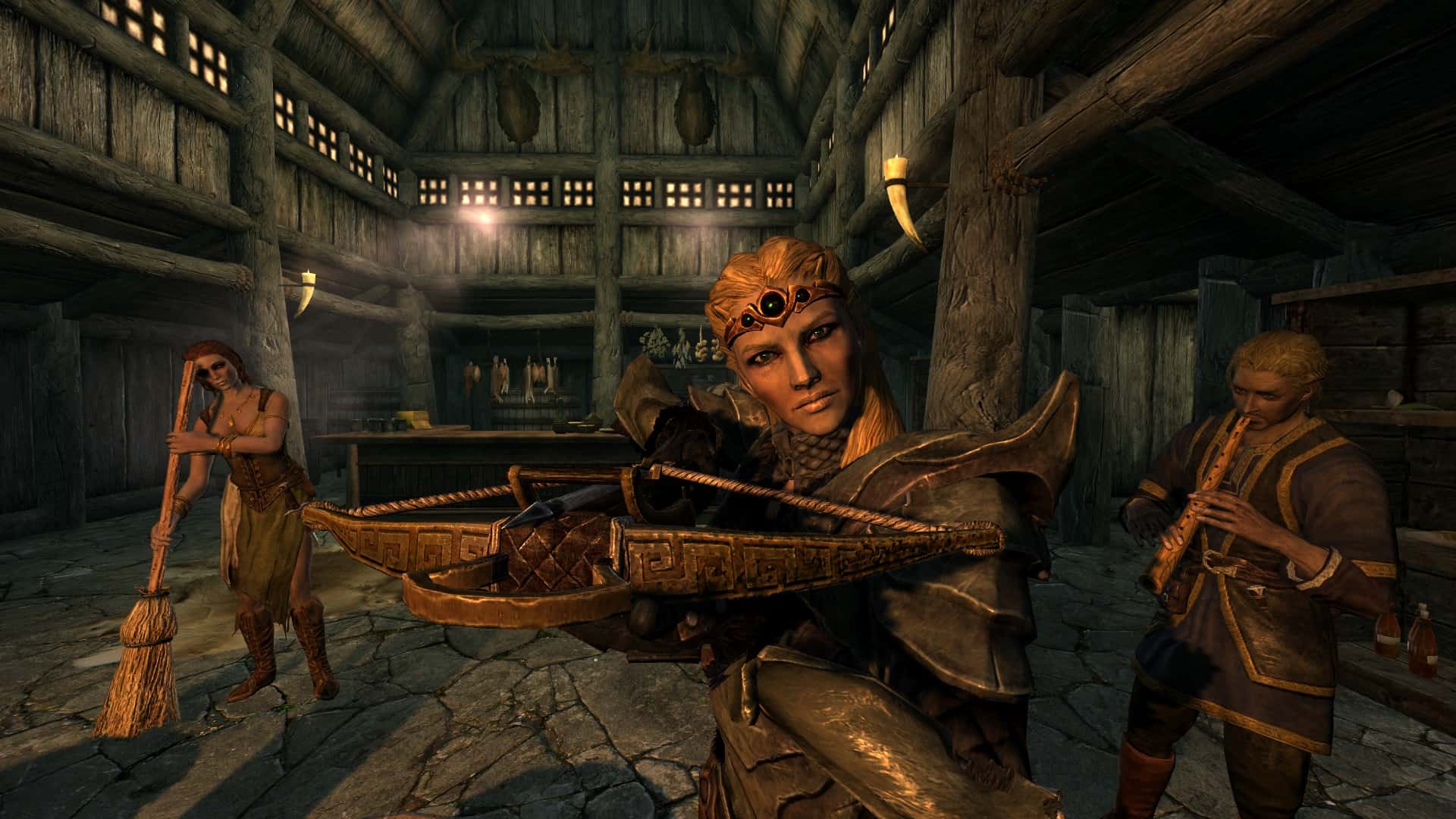 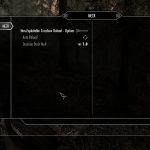 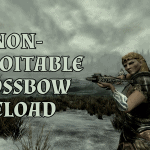 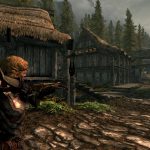 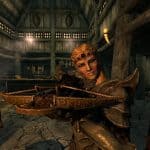 The year is 2019. It is a time of great innovation and proper crossbow reloading!
Don’t tell me you never asked for this…

This mod will change how crossbow reloading works in Skyrim.
No longer you will be forced to automatically reload after each shot, and no longer your crossbow will reload itself when you put it away mid-reload, now it’s you who decide when it’s time to pull the string.
Also includes auto-reload option if the only thing you want is anti-exploit mechanics.

If Requiem support plugin is installed, it will automatically enable stamina drain during reload.
Stamina drain is dependent on crossbow weight and your Marksman skill and implemented as a way to balance (now present) vanilla reload speed, because there’s no easy way to slow down actual reload animation, but hey, slow reload was super glitchy and annoying af anyway.

Now, with added stamina drain and removed ability to reload crossbow by holstering or switching to another weapon, hopefully crossbows will be not only balanced, but also fun to use, something Requiem crossbows were previously lacking.

It’s also worth mentioning that this mod mostly operates by detecting and enforcing animation events, not by equipping and unequipping your current ammo, so this means that “the last shot bug” will not be present and your silver bolts will do a proper damage against undead!

To install simply copy esp and Scripts folder in [game folder]\Data and enable esp file in game options.
Meshes folder actually optional but recommended, since it fixes some vanilla bugs with dwarven xbow reload animations (no sound in 3rd person with quick shot perk and incorrect 1st person sneak reload animation), you can skip installing meshes if you use interfering animation mod.

If you are using Requiem, you must install additional patch from downloads page, otherwise heavy and light crossbows will have same reload speed and Rapid Reload perk will do nothing.
Patch is built on 1.9.4 version, but should be compatible with 2.x/3.x and most likely will remain compatible with future versions.

Do it backwards to uninstall, but make sure to only delete this mod’s files from Scripts and Meshes folders.
If you’re removing this mod’s files on existing save, it may be good idea to type “stopquest hznecrquest” in console and save in a new slot before removal.

This mod changes very few vanilla records and files and does most of its changes by a script so it should be pretty compatible with anything.

You can use this mod or parts of it for whatever you want as long as you’re not selling it and as long as you credit me in a readme.

Have you ever tried Skyrim Mods? All advanced players around the globe are fascinated by these additional options, which can solve various occurring issues. If you want to become a leading gamer, Skyrim Non-Exploitable Crossbow Reloading Mod can be the key to success and make this happen faster. All you need to do is pick the needed file and simply add it to your game. This provides you with unseen features and enables you to deal with your workload in a smarter way. There are so many different Skyrim Special Edition mods on our site that you will need some time to try at least some of them. But it’s definitely worth every second spent because your game is being lifted to the whole new level. Every Skyrim mod of our database is the highest quality and meets the strictest requirements. This ensures that our visitors get access only to the most exclusive and useful files. One of the best things we can offer for our visitors is unlimited access to the vast variety of extra files, which provides a wide range of benefits. It’s a significant surplus which is essential in being competitive. If that is your main goal, you should definitely try at least one Skyrim Special Edition Non-Exploitable Crossbow Reloading Mod file. You will be shocked how come you were missing this kind of important upgrades. But it’s never too late to give it a try and explore. Be one of the modern farmer and take the chance to all you can. These additional Non-Exploitable Crossbow Reloading files will enable you to choose between the best equipment, weapons and other functionality available. Could you miss that opportunity? We doubt that, so no more hesitating, make a decision right now and boost your game instantly. There won’t be any regrets or disappointments – make your farm the leading one right now!