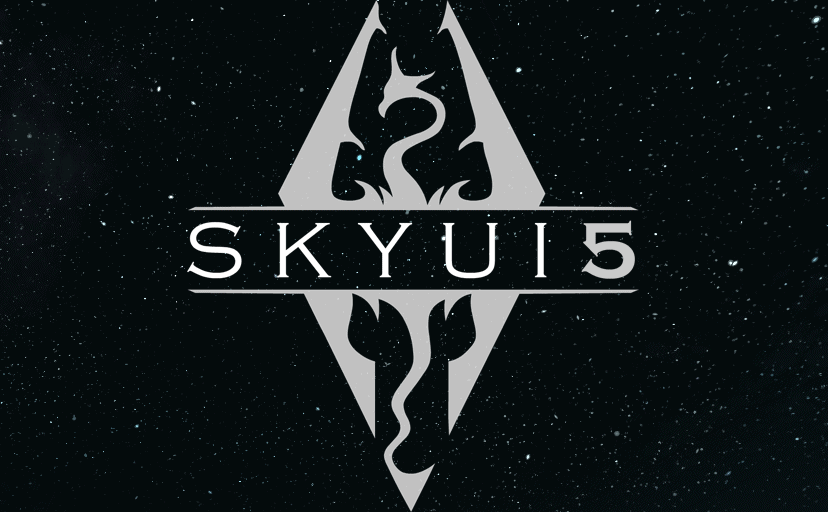 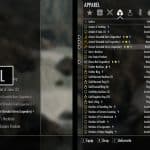 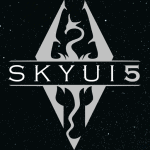 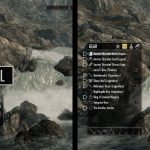 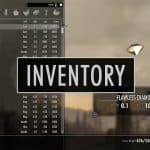 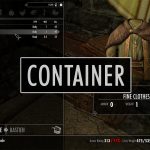 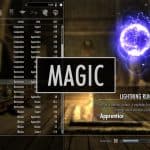 SkyUI is an elegant, PC-friendly UI mod for Skyrim with many advanced features. All improvements seamlessly integrate with the style of the original interface. Version 5 includes better crafting, enchanting, alchemy and smithing menus and several other enhancements.

– Install SKSE from Steam, or download the installer from skse.silverlock.org and run it.
– Required SKSE version is 1.7.3 or newer.

Option B – Manual Installation
– Locate the Data/ folder in your Skyrim installation directory. Typically it’s found at Program Files/Steam/steamapps/common/skyrim/Data/.
– Extract the contents of the downloaded archive file to your Data/ folder.
– In the Skyrim Launcher, select Data Files and enable SkyUI.esp.

Credits:
-T3T, for creating the initial icon set that was used in earlier versions.
-ianpatt, for his continued support of SKSE.
-Kratos, for helping to get the project off ground when we started.
-Verteiron, for prototyping the Papyrus script for the favorites menu.
-behippo and PurpleLunchBox, for their SKSE contributions.
-Gibbed, for prototyping the inventory data extension and container categorization.
-GreatClone, for his set of category icons that was used in earlier versions.
-MisterPete, for coming up with a scheme for improved column sorting.
-Gopher, for helping with the NMM installer and promoting SkyUI on his YouTube channel.
-Indie, for creating our first trailer.
-Lojack, for improving integration with Wyre Bash.
-Ismelda, for providing config values for very high resolutions used with multi-monitor setups.
-Wakeupbrandon, for inspiring the development of this mod with his mockups.
-Pelinor, for originally developing MCM for Fallout: New Vegas and allowing us to use his logo.
-cdcooley, for going out of his way to answer user questions on the Nexus sites.
-Thanks to all testers and users who provided feedback. You helped us a great deal with improving the quality of this mod. Also thanks to everyone who helped with the translations.

Have you ever tried Skyrim Mods? All advanced players around the globe are fascinated by these additional options, which can solve various occurring issues. If you want to become a leading gamer, Skyrim SkyUI v5.1 Mod can be the key to success and make this happen faster. All you need to do is pick the needed file and simply add it to your game. This provides you with unseen features and enables you to deal with your workload in a smarter way. There are so many different Skyrim Special Edition mods on our site that you will need some time to try at least some of them. But it’s definitely worth every second spent because your game is being lifted to the whole new level. Every Skyrim mod of our database is the highest quality and meets the strictest requirements. This ensures that our visitors get access only to the most exclusive and useful files. One of the best things we can offer for our visitors is unlimited access to the vast variety of extra files, which provides a wide range of benefits. It’s a significant surplus which is essential in being competitive. If that is your main goal, you should definitely try at least one Skyrim Special Edition SkyUI v5.1 Mod file. You will be shocked how come you were missing this kind of important upgrades. But it’s never too late to give it a try and explore. Be one of the modern farmer and take the chance to all you can. These additional SkyUI v5.1 files will enable you to choose between the best equipment, weapons and other functionality available. Could you miss that opportunity? We doubt that, so no more hesitating, make a decision right now and boost your game instantly. There won’t be any regrets or disappointments – make your farm the leading one right now!