Slash or Smash – one and two handed perks overhaul WIP 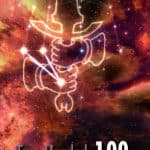 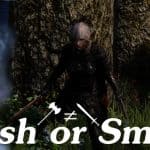 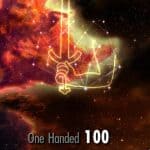 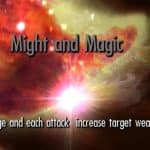 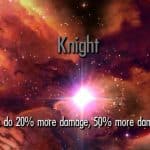 Slash or Smash – one and two handed perks overhaul WIP

This mod change perks in one and two-handed trees. I’m trying to make warrior playstyle more unique with each type or weapon.

Change perk Earthquake, now it’s do 1,5x damage instead of 3x and has 50% chance to knockdown target

Slash or Smash is a complete one and two-handed perks overhaul. I didn’t like that in vanilla – figting with 1h sword is almoust same that fighting with war axe or mace. I’m trying to make playstyle more different with each weapon. Now each weapon in 1h have two unique perks and in 2h each weapon have three unique perks. I add few perks for spellsword/duelist/assassin with 1h weapon in right hand and nothing/spell in left hand and two perks for daggers. And in this mod are two types of dualwielding perks – for swords/daggers and for axes/maces. Swords/daggers very fast – but do less damage, axes/maces slow but do huge damage. No more crazy attack speed with mace and dagger/sword.

I also add five masterperks in one handed and three in two-handed at 100 lvl for different classes/playstyles – only one can be selected. 1 for spellsword(or spellaxe/spellmace/spelldagger :)), 2 for tanks, 1 for assassin/bladedancer, 1 for berserk, and 3 for different types of warriors in two-handed.

One handed Masterperks(can choose only one):

Two-handed Masterperks(can choose only one)

Bleeding don’t work on undeads, ghosts and dwemer robots.
Knockdown don’t work on giants and dragons.
Fear works on enemies below 70lvl.
Send to Sithis works on everyone and stack with mehrunes razor.
I didn’t add perks with critical hits because it’s worked bad in vanilla.
I also don’t use ignore armor perks for maces and warhammers, because in my opinion it looks strange when you for example do much more damage to bandit chief in strong heavy armor than to sabercat or frost spider without armor :).

It is an alpha version of mod. All perks should work fine, I test it on clean and modded skyrim, but there may be some small glitches. And I’m not sure about balance, maybe some perks need to be increased/reduced.

I’m not perfect in English, so sorry if some names or description look weird/incorrect.

Have you ever tried Skyrim Mods? All advanced players around the globe are fascinated by these additional options, which can solve various occurring issues. If you want to become a leading gamer, Skyrim Slash or Smash – one and two handed perks overhaul WIP Mod can be the key to success and make this happen faster. All you need to do is pick the needed file and simply add it to your game. This provides you with unseen features and enables you to deal with your workload in a smarter way. There are so many different Skyrim Special Edition mods on our site that you will need some time to try at least some of them. But it’s definitely worth every second spent because your game is being lifted to the whole new level. Every Skyrim mod of our database is the highest quality and meets the strictest requirements. This ensures that our visitors get access only to the most exclusive and useful files. One of the best things we can offer for our visitors is unlimited access to the vast variety of extra files, which provides a wide range of benefits. It’s a significant surplus which is essential in being competitive. If that is your main goal, you should definitely try at least one Skyrim Special Edition Slash or Smash – one and two handed perks overhaul WIP Mod file. You will be shocked how come you were missing this kind of important upgrades. But it’s never too late to give it a try and explore. Be one of the modern farmer and take the chance to all you can. These additional Slash or Smash – one and two handed perks overhaul WIP files will enable you to choose between the best equipment, weapons and other functionality available. Could you miss that opportunity? We doubt that, so no more hesitating, make a decision right now and boost your game instantly. There won’t be any regrets or disappointments – make your farm the leading one right now!