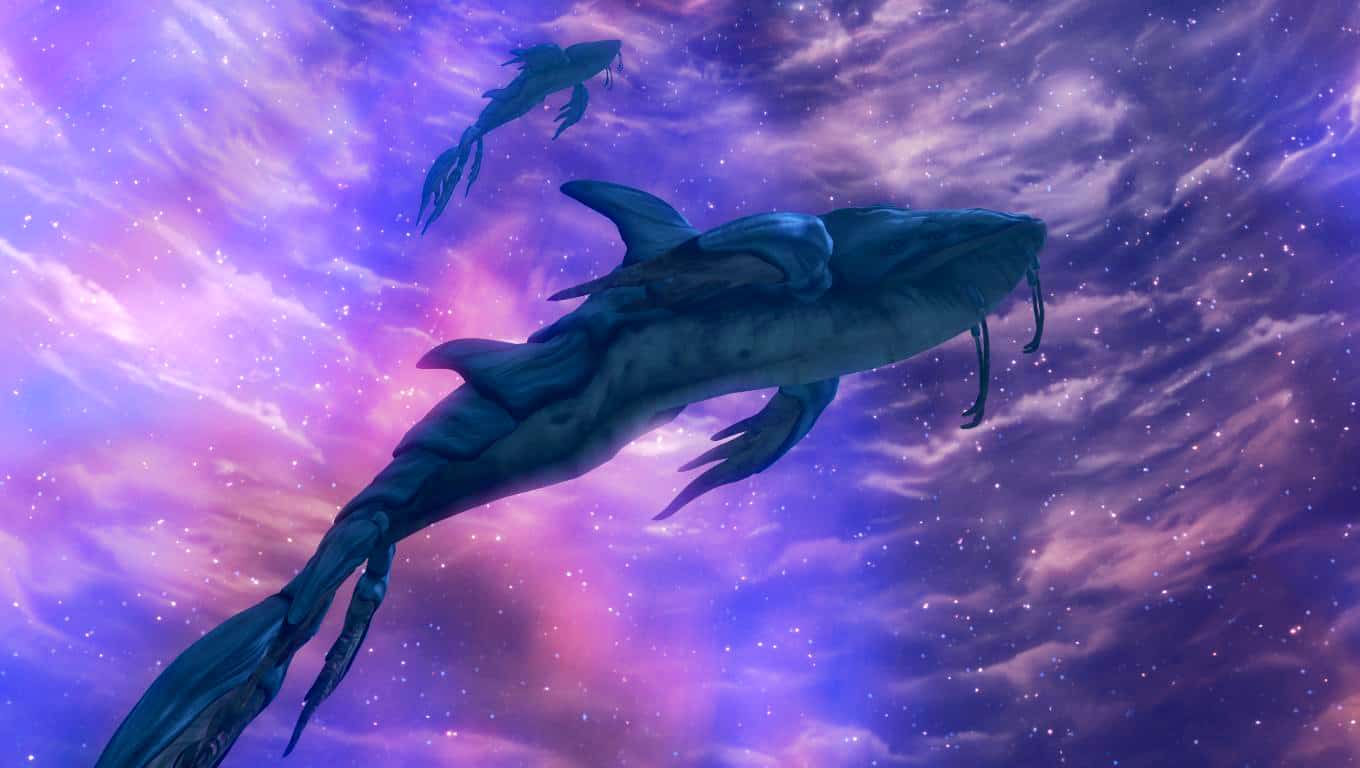 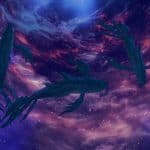 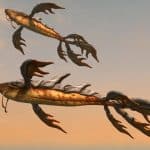 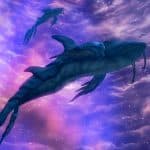 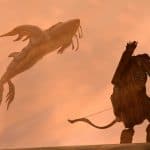 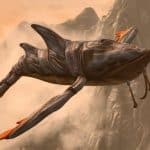 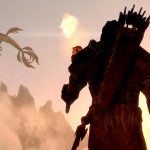 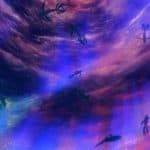 Mysterious and ancient as time, the giant Snow Whales populate the most fantastic tales of the Nordic people, since they arrived in Skyrim from Atmora. These peaceful flying cetaceans were almost extinguished by the merciless hunting of the ancient Nords, leaving only a small population nowadays.

For a long time, before the very count of the ages, they lived in peace, living at the tops of the highest mountains, singing in magic tones, jumping from peak to cloud and back again, spreading their joy-snow in horn-like triumph from their blowholes. But then the Atmorans arrived, becoming what the Nords are today. And they used to hunt them, their best climbers climbed the highest snowy mountains, carrying ropes and huge hooked spears. The Snow Whales had much meat and blubber, and fluids that made paint and rosewater for nordic women.

The earliest hunters had no luck, spouts of joy-snow would drift down from the clouds and turn the men goofy. They would laugh like happy babes, some getting so tickled that they’d roll back down the mountainside, or begin to pat each other on the back or hug to reaffirm their affections and camaraderie. In essence, the joy-snow got in their heads and they just forgot what they were doing.

But, this was short-lived, as the Dragons soon arrived, who hardened the hearts of the Nordics again, who became ruthless and rational as in old Atmora. And with the help of their winged lords, they decimated almost the entire Snow Whale native population in Skyrim. The few that survived concentrated in small groups flying around the most isolated peaks of the province’s mountains, and in secret valleys, where they could reproduce in peace, away from the Nords, their draconian masters, and other aberrations like basilisks or cockatrices that men brought.

According to ancient legends, Shor sympathized with the Snow Whales, transporting some couples to Sovngarde, where they proliferated, flying in the starry skies of that realm of Aetherius, pouring out their joy-snow in the valleys of that kingdom, and especially over the Hall of Valor, bringing constant joy to those who enjoy the afterlife in the Atmoran Warrior-God realm. Legends say that from time to time hunts are organized in Sovngarde, where the most powerful and honorable hunters challenge the greatest Snow Whale bulls that fly across the realm. They also say that the first bull Snow Whale hunted in Sovngarde was killed by Stuhn, Shor’s shield-thane and Tsun’s brother, a whale that was the biggest ever seen and that today has its giant skeleton serving as a bridge to the Hall of Valor. Stuhn is even represented by the whale totem.
Despite this, most Snow Whales are little bigger than a dragon.

According to ESO, a close species is known as Sand Whale and resides in Elsweyr. It has the same mythological status, and some Khajiit believe that the only way to be able to see them is through the ingestion of specific hallucinogens, a belief that many Nords share in relation to the Snow Whales. However, this is not exactly true, since, according to several scholars, what the drugs ingested for this purpose cause is a thinning of the veil that separates the dimensions, allowing the being who ingested the substance to have a view of other realms, and of what is in them, a procedure especially practiced among the Khajiit, who for example even manage to make spiritual projections to the moons using this type of methodology.

Snow Whales are inserted as ambient creatures in this mod, not attacking
or being able to be attacked, similarly to my Silt Striders mod.

THIS MOD HAS A SPECIAL REQUIREMENT: to avoid the whales to become invisible when you are very far away from them, you should have some specific resolution setting on your game. If you play in High or Ultra High quality, the settings are already correct for the good result. But if you play on Low or Medium, you can stay with the settings, but you need to go on Options > Advanced > View Distance, and put Object Fade and Actor Fade with at last lvl 7 and 6 respectively, to be able to see them properly

Have you ever tried Skyrim Mods? All advanced players around the globe are fascinated by these additional options, which can solve various occurring issues. If you want to become a leading gamer, Skyrim Snow Whales- Mihail Monsters and Animals (mihail oldrim mod) Mod can be the key to success and make this happen faster. All you need to do is pick the needed file and simply add it to your game. This provides you with unseen features and enables you to deal with your workload in a smarter way. There are so many different Skyrim Special Edition mods on our site that you will need some time to try at least some of them. But it’s definitely worth every second spent because your game is being lifted to the whole new level. Every Skyrim mod of our database is the highest quality and meets the strictest requirements. This ensures that our visitors get access only to the most exclusive and useful files. One of the best things we can offer for our visitors is unlimited access to the vast variety of extra files, which provides a wide range of benefits. It’s a significant surplus which is essential in being competitive. If that is your main goal, you should definitely try at least one Skyrim Special Edition Snow Whales- Mihail Monsters and Animals (mihail oldrim mod) Mod file. You will be shocked how come you were missing this kind of important upgrades. But it’s never too late to give it a try and explore. Be one of the modern farmer and take the chance to all you can. These additional Snow Whales- Mihail Monsters and Animals (mihail oldrim mod) files will enable you to choose between the best equipment, weapons and other functionality available. Could you miss that opportunity? We doubt that, so no more hesitating, make a decision right now and boost your game instantly. There won’t be any regrets or disappointments – make your farm the leading one right now!