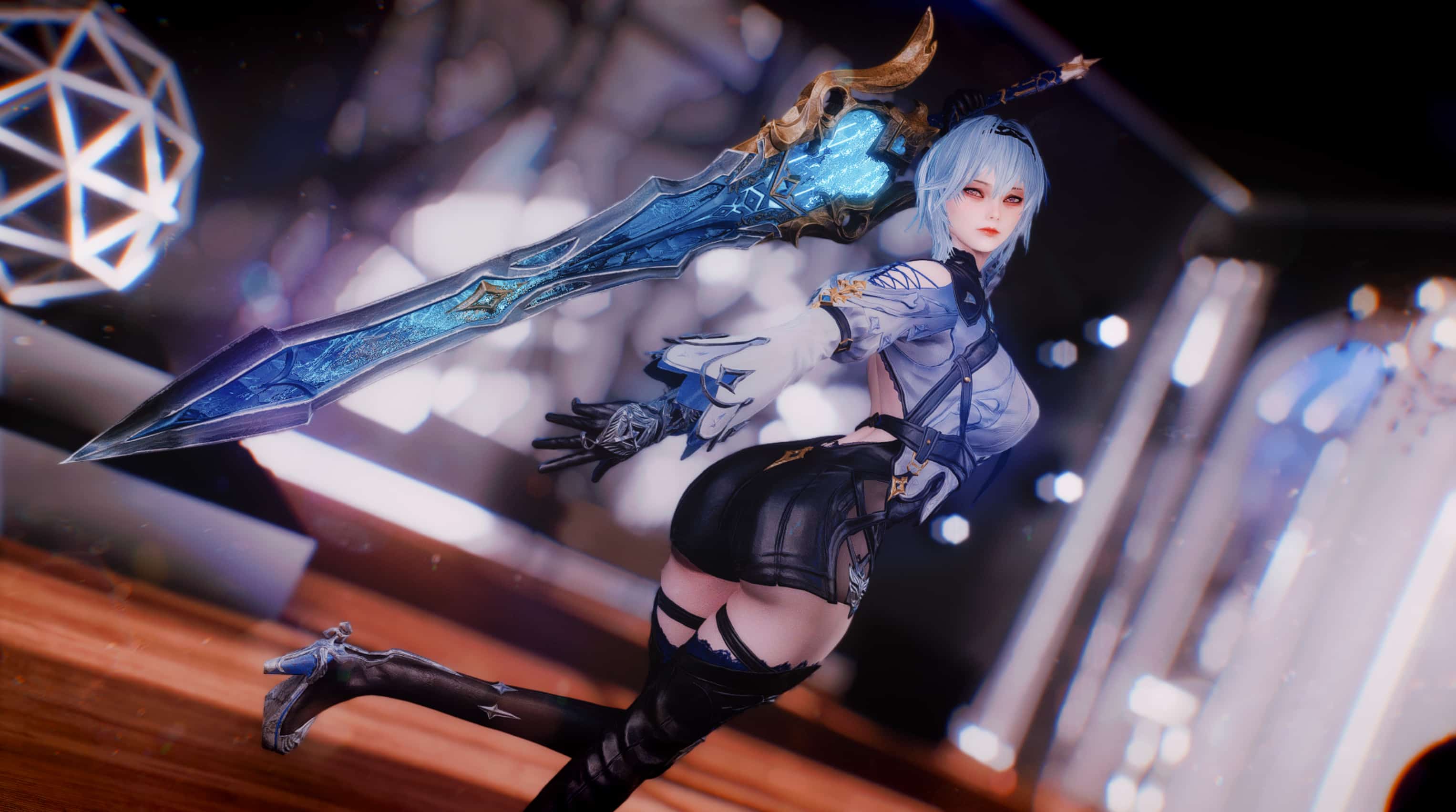 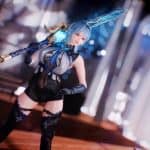 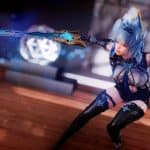 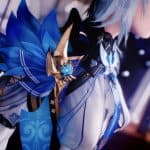 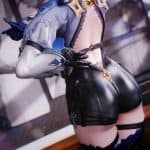 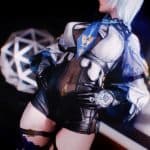 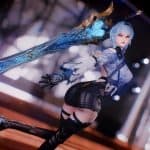 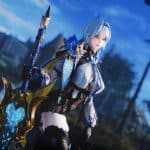 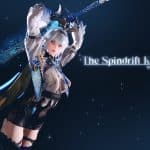 Vengeance Will Be Mine. A set of fantasy armor and weapon for female character made from scratch, inspired by Eula Lawrence from Genshin Impact. High definition model and 4k hand-painted texture, fruit of a month of work.

Vengeance shall me mine! Eula is one of my favorite characters from Genshin. I was so salty that I could not bring her home. So I said “fine, I’ll just make one in Todd’s 10 year old game”. Imagine if the costume of the Spindrift Knight is not a flat anime model. That is what this mod aims to capture. A layered costume for female character, featuring elegant and smart attire with a unique Claymore. Bodyslides are made only for Baka’s BHUNP LE. I am SE main so I have not tested this mod myself on LE, be warned.

Features:
This costume emphasizes layers of different clothing pieces that the Spindrift Knight Armor is consisted of. All of the pieces are modelled in high definition but still game-friendly. Texture is hand-painted in 4K, recapturing the modern PBR shader standard with special env mask technique. File is on a heavy side because of that, but I want to ensure the best possible quality!

Every piece is adjustable via bodyslide, with zapp options. Cape uses xyz adjustment instead of bodyslider, so you may want to adjust those separately from batch build. Hair is also xyz adjustable and comes in blue color and tintable version. Cape and necktie are built with hdt-SMP cloth physics, geared toward gameplay. They won’t get in your way when fighting!

The Song of Broken Pine is Eula’s top Claymore in Genshin. Its color scheme fits her so well. I took a lot of artistic liberty to reimagine how the greatsword would realistically look and came up with the idea of ice sword with glowing core.

The greatsword uses Ice refraction shader. Its ice enchantment comes with special frost effect.
Of course, you will need Stalhrim to upgrade it.

As a bonus and a tradition, the costume features a 2B theme alternate texture set (because we can never have enough 2B). This alt tex set was a repaint, not a mere recolor!

Requirement:
You probably already have this but you will need Dragonborn DLC

Always place any outfit mods after these in your load order

Installation:
1) Install all the requirements and make sure they are up and running
2) Install via FOMOD with your mod manager of choice (MO2 is the correct answer)
3) Enable the mod in your load order
4) open bodyslide and select group
5) outfit is in the group [Caenarvon] Spindrift Knight
6) Batch build with your favorite bodyslide preset and exit
7) The armor is ready for your gameplay

Extra: you can open bodysilde while your game is running and adjust then rebuild the outfit in real time. I recommend you use this technique to adjust hair/cape.

The best lore-friendly excuse for this armor I came up with is Elisif being a secret cosplayer and I put the outfit and weapon in a wardrobe next to her bed in the Blue Palace. (look for LE version of the above)

Have you ever tried Skyrim Mods? All advanced players around the globe are fascinated by these additional options, which can solve various occurring issues. If you want to become a leading gamer, Skyrim Spindrift Knight – hdt-SMP LE (BHUNP) Mod can be the key to success and make this happen faster. All you need to do is pick the needed file and simply add it to your game. This provides you with unseen features and enables you to deal with your workload in a smarter way. There are so many different Skyrim Special Edition mods on our site that you will need some time to try at least some of them. But it’s definitely worth every second spent because your game is being lifted to the whole new level. Every Skyrim mod of our database is the highest quality and meets the strictest requirements. This ensures that our visitors get access only to the most exclusive and useful files. One of the best things we can offer for our visitors is unlimited access to the vast variety of extra files, which provides a wide range of benefits. It’s a significant surplus which is essential in being competitive. If that is your main goal, you should definitely try at least one Skyrim Special Edition Spindrift Knight – hdt-SMP LE (BHUNP) Mod file. You will be shocked how come you were missing this kind of important upgrades. But it’s never too late to give it a try and explore. Be one of the modern farmer and take the chance to all you can. These additional Spindrift Knight – hdt-SMP LE (BHUNP) files will enable you to choose between the best equipment, weapons and other functionality available. Could you miss that opportunity? We doubt that, so no more hesitating, make a decision right now and boost your game instantly. There won’t be any regrets or disappointments – make your farm the leading one right now!