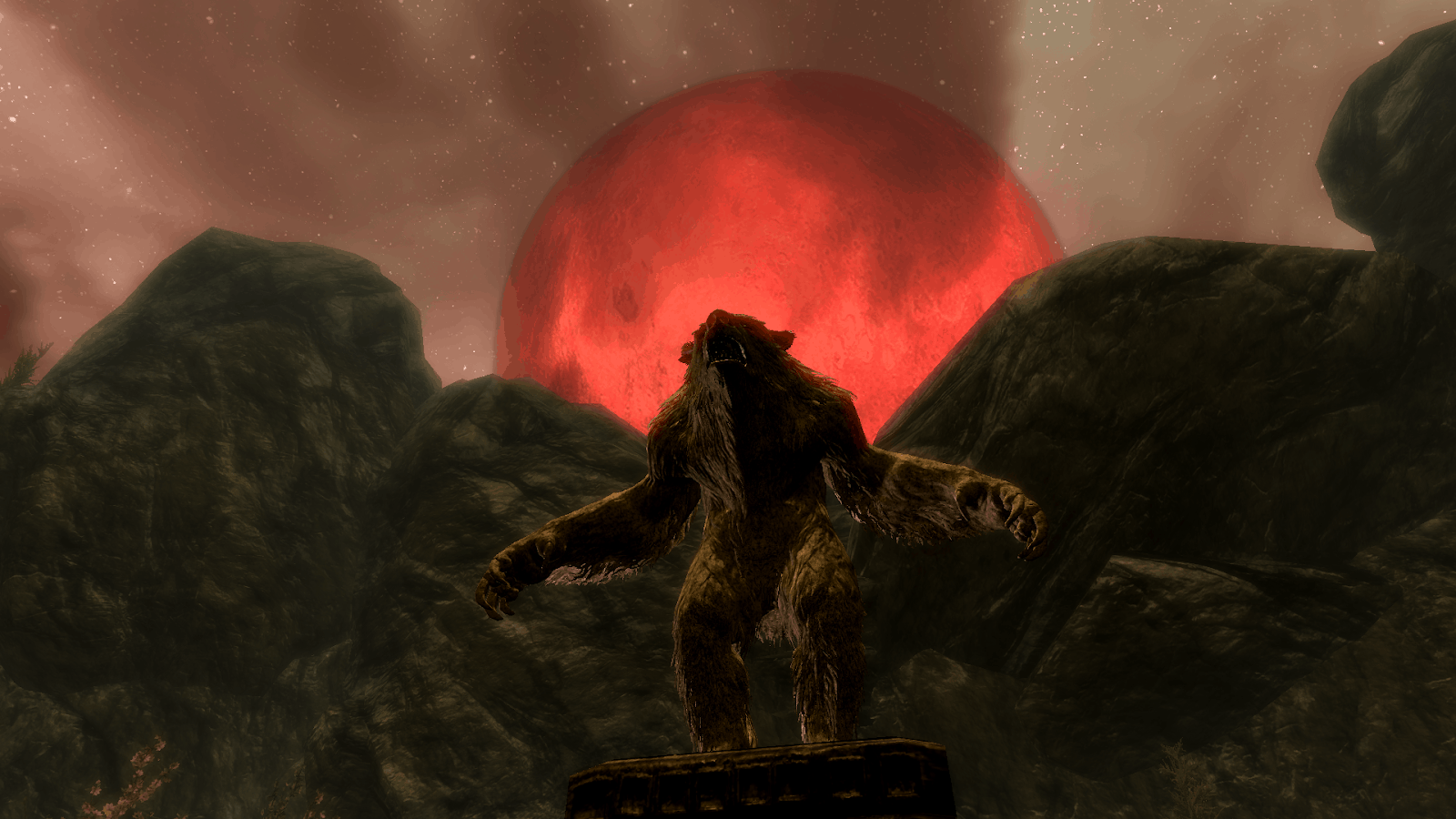 A band of hunters has gone missing on an island to the east, driven away from their camp during the night by an unknown foe. Uncover the fates of the hunters, slay the stalker on the island, and collect a unique armor set made with some of the finest hides in the land. May Hircine watch over you, Dragonborn.

You can start the quest by speaking with Sigrid on the Windhelm Docks.

A new quest complete with four separate islands to explore, and a battle arena.
Quest rewards include a full set of Light Daedric Armor with unique set bonuses, and a blessed Hircine bow.

Requires the Dragonborn DLC for Skyrim, as well as the Update.esm
This version of the mod does not support Skyrim Special Edition

Don’t manually install this mod. Use a mod manager like ModOrganizer

This mod is a student project, and is totally broken. Five teams of students worked on separate quest legs and merged their changes together to create. In merging, we encountered a lot of script reference errors within the Creation Kit that we didn’t have time to fix.

THIS MOD IS VERY LIKELY UNPLAYABLE WHEN YOU DOWNLOAD IT.

The Class of IGME590-05 at RIT:
Professors Sten McKinzie and Alberto Bobadilla

Have you ever tried Skyrim Mods? All advanced players around the globe are fascinated by these additional options, which can solve various occurring issues. If you want to become a leading gamer, Skyrim Stalker Under the Blood Moon Mod can be the key to success and make this happen faster. All you need to do is pick the needed file and simply add it to your game. This provides you with unseen features and enables you to deal with your workload in a smarter way. There are so many different Skyrim Special Edition mods on our site that you will need some time to try at least some of them. But it’s definitely worth every second spent because your game is being lifted to the whole new level. Every Skyrim mod of our database is the highest quality and meets the strictest requirements. This ensures that our visitors get access only to the most exclusive and useful files. One of the best things we can offer for our visitors is unlimited access to the vast variety of extra files, which provides a wide range of benefits. It’s a significant surplus which is essential in being competitive. If that is your main goal, you should definitely try at least one Skyrim Special Edition Stalker Under the Blood Moon Mod file. You will be shocked how come you were missing this kind of important upgrades. But it’s never too late to give it a try and explore. Be one of the modern farmer and take the chance to all you can. These additional Stalker Under the Blood Moon files will enable you to choose between the best equipment, weapons and other functionality available. Could you miss that opportunity? We doubt that, so no more hesitating, make a decision right now and boost your game instantly. There won’t be any regrets or disappointments – make your farm the leading one right now!