The Kids Are Alright Renewal 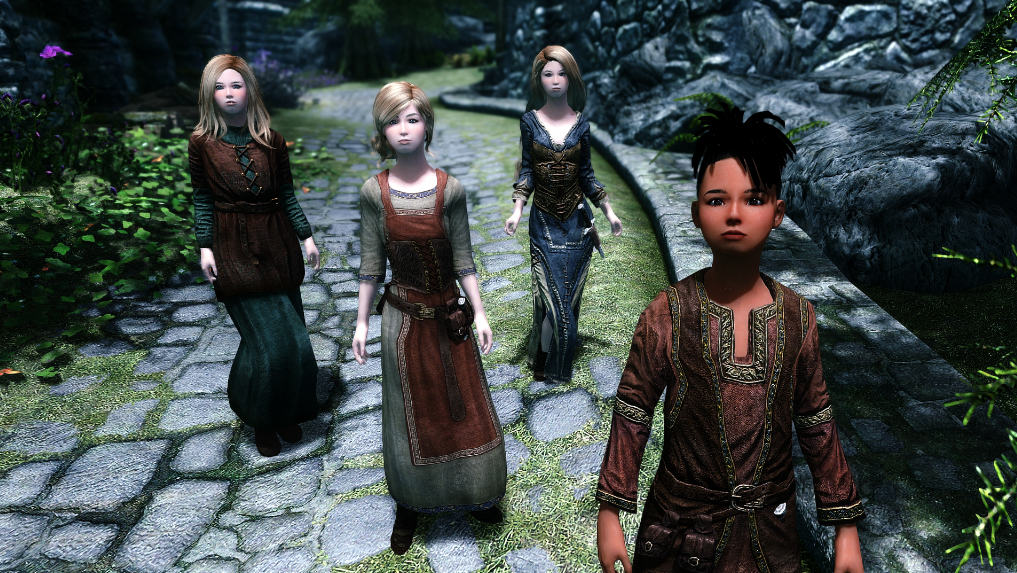 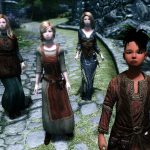 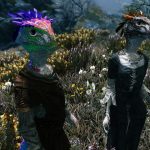 The Kids Are Alright Renewal

This is a complete overhaul of the mod The Kids Are Alright. It is basically a new mod with the same name. It is NOT compatible with old versions of the mod or patches. For those that don’t know the original mod, it was a comprehensive, standalone child replacer/new npc/follower/hostile/everything else under the sun kid mod. This version just replaces the default kids and also adds 27 new randomly placed adoptable children to be discovered in the world of Skyrim. The new children are in places that make sense to their particular race – where do you see a lot of Dark Elves, Argonians, etc.? You’ll figure it out if you know the game at all. Or just be a big fat cheater and download the document in the miscellaneous file section. The mod includes custom clothes tailored just for these children. And finally, as before, I’ve hidden away some silly Easter egg characters, cause I’m a very silly person.

Why
There was an incident that caused the original to be accidentally taken down by staff, and upon its restoration, the mod download page was turned into a huge unusable mess, and I removed it. The whole situation related to the cause and effect of the removal was very upsetting, and made me wonder if I wanted to continue with the mod at all. But I came to the realization that once you put something out there, it’s out there forever. And what was out there just wasn’t up to my current standard, and so here we are. A new day and a new mod. I made the original a very long time ago, and my modding skills at the time were, shall we say, rather basic. So I went through every kid and made either major or minor changes to correct flaws, give them a new look, or just because.

Changes
The original mod was getting WAY too complicated due to feature creep, so I took it back to basics, and here it shall stay. This version only replaces the default game kids, plus adds 27 new adoptable kids of the main humanoid-type races (and also including Khajiit and Argonian) to be discovered in the world. Follower scripts and dialogues were removed. I added new custom hand crafted bodies by me to better differentiate the sexes. Boys and girls also now have dedicated textures, boys are muscled and rough skinned, girls are softer. I fixed a large number of the original kids that had a distorted mouth mesh, caused by what, I don’t know. But the biggest change was the conversion to esl (espfe). This was a major undertaking.

I realize that there may have been features of the old version that people are going to be upset about losing in this version, but I have good reasons to make the changes I made. The main reason is simplicity. I learned the hard way that the more features you add into a Skyrim mod, the more potential issues people will have, particularly with people who pride themselves on installing hundreds of mods, many of which are problematic in themselves in my experience.

Some of the deleted features may make a return in separate mods, but I wanted this one to stay true to its roots, a simple replacer mod that also adds a few new adoptable kids to cover the other neglected races. One critical omission I made that people might notice is kill-able or hostile kid options. To do this REQUIRES you to disable the “child” flag, which opens the child characters up to adult mods. I no longer support this type of content involving children, so don’t ask, and don’t whine at me about it.

If you want to add a BUNCH more of these kids, including bandits, vampires, witches, warlocks, and more, get the “Wild Child” plugin.

Usage
I highly recommend using this mod on a new game start, and using a mod manager for installation. The assets are in a Bethesda Archive (bsa) file to keep the mod footprint low. The esp has been compressed and flagged as esl (espfe). There are updated patches for popular mods in a FOMOD installer on the download page.

Compatibility
I carry over fixes from USSEP.

This mod is compatible with Hearthfire Multiple Adoptions. Some previous versions needed a patch due to the follower capability in TKAA. The patch for Alternate Start Live Another Life is no longer needed in this version, the daughter of the wandering farmer family was removed.

DO NOT OPEN THIS MOD IN THE CREATION KIT AND MAKE CHANGES UNLESS YOU ARE AN EXPERIENCED MODDER. The 64 bit CK automatically generates new facegen files when you do this and you WILL have issues. YOU’VE BEEN WARNED.

DO NOT TRY TO PUT PHYSICS ENABLED ADULT CLOTHES ON THESE KIDS. I made the mod specifically do very bad stuff if you try to do this, deal with it.

This mod is NOT compatible with other kid mods, including older versions of my own. Make sure you remove ALL traces of these mods before installing this one, or you WILL have issues. Just a reminder: loose files overwrite bsa archives, always, load order doesn’t matter. Mods that include kids will require patching. I have patched a large number of popular mods and will continue to work on others as I get time. The patches are meant to be used with bsa versions of each mod, unless they don’t exist. In that case I supplied loose files, and you will need to overwrite.

Shiva’s hair replacer – the loose files version will cause dark heads with the default kids. Use the bsa version of that mod and move TKAA.esp LOWER in load order to fix.

Kids in underwear – You didn’t follow my advice in the Usage section, did you? This also may be due to Weapons Armor Clothing and Clutter Fixes (WACCF). To fix, go into that mods UI configuration and toggle the child clothes option OFF.

Not compatible with older versions of the replacer version of the TIWA44 minidress mod. It replaces the default game textures. My mod requires those for its custom child sized clothes. The standalone version of the old mod – or – the newer Shiva/CBBE ports/etc. should work fine. If Dorthe (from Riverwood) has a messed up dress, then this would be the reason.

Have you ever tried Skyrim Mods? All advanced players around the globe are fascinated by these additional options, which can solve various occurring issues. If you want to become a leading gamer, Skyrim The Kids Are Alright Renewal Mod can be the key to success and make this happen faster. All you need to do is pick the needed file and simply add it to your game. This provides you with unseen features and enables you to deal with your workload in a smarter way. There are so many different Skyrim Special Edition mods on our site that you will need some time to try at least some of them. But it’s definitely worth every second spent because your game is being lifted to the whole new level. Every Skyrim mod of our database is the highest quality and meets the strictest requirements. This ensures that our visitors get access only to the most exclusive and useful files. One of the best things we can offer for our visitors is unlimited access to the vast variety of extra files, which provides a wide range of benefits. It’s a significant surplus which is essential in being competitive. If that is your main goal, you should definitely try at least one Skyrim Special Edition The Kids Are Alright Renewal Mod file. You will be shocked how come you were missing this kind of important upgrades. But it’s never too late to give it a try and explore. Be one of the modern farmer and take the chance to all you can. These additional The Kids Are Alright Renewal files will enable you to choose between the best equipment, weapons and other functionality available. Could you miss that opportunity? We doubt that, so no more hesitating, make a decision right now and boost your game instantly. There won’t be any regrets or disappointments – make your farm the leading one right now!