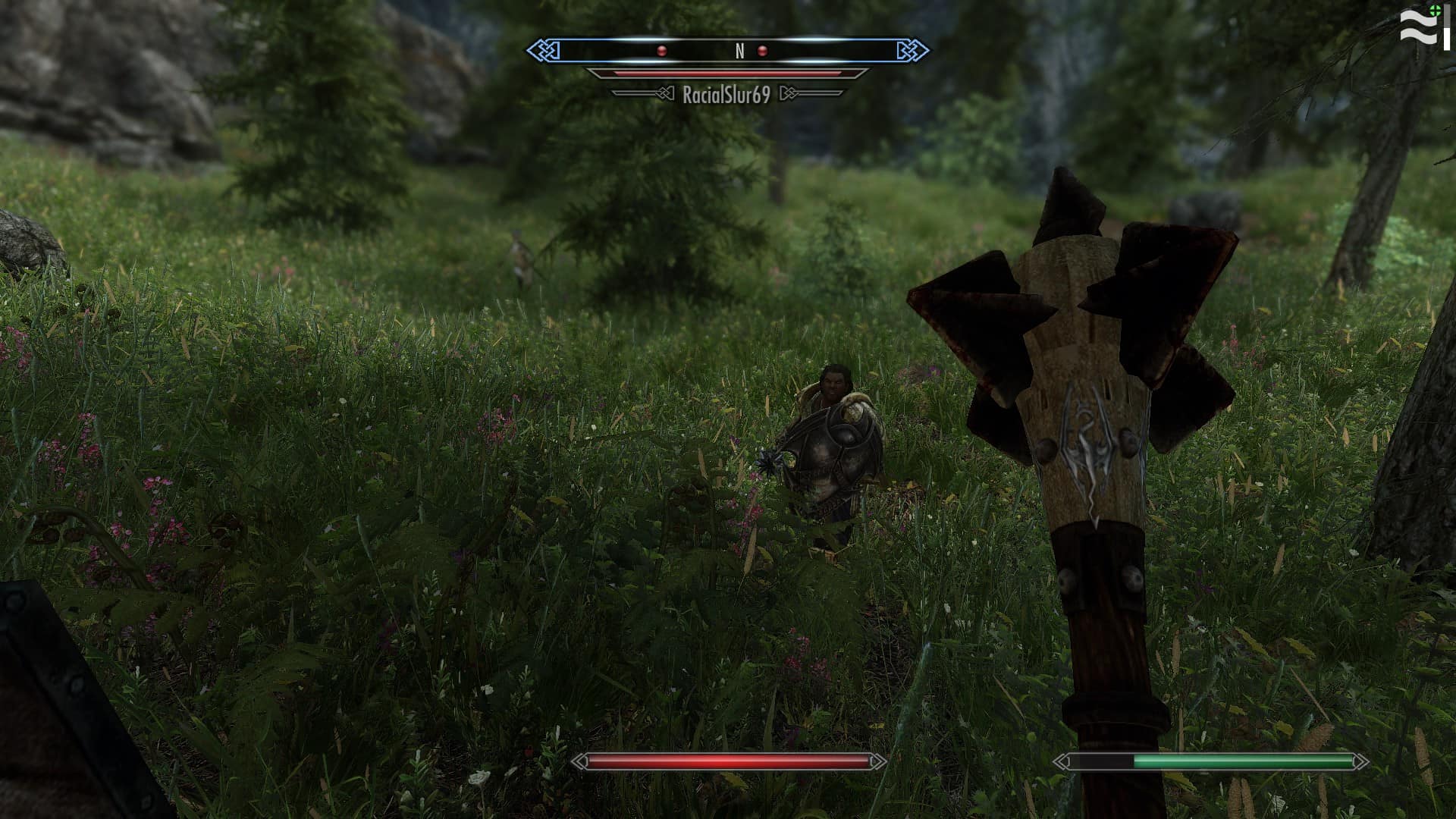 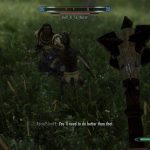 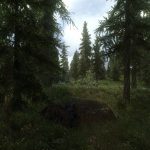 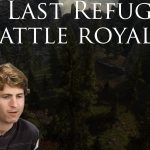 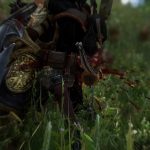 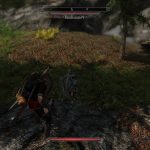 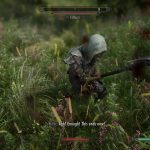 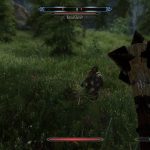 The sequel to the popular quest mod “The Last Refuge”, released in July 2019! Come prove your skill in battle against 10 other players who are totally real people and not just NPCs with satirical gamertags!

Okay, I know it’s been a while since I’ve been active on the Nexus, and my mods have been neglected for quite a while, and the bug reports have been piling up (but for Stendarr’s sake, you don’t need to leave both a comment AND a bug report! I get a notification for both! Stop doing that or I’ll keep neglecting the mods!), but a few months ago, I was approached by none other than the man himself, Todd Howard, who offered me a lot of money to see how people would like Battle Royale in an Elder Scrolls game, since him and Pete Hines are considering making The Elder Scrolls VI a Battle Royale game with lots and lots of microtransactions, lootboxes, and gambling being promoted to minors.

You can play the Battle Royale game by using the command “coc BattleRoyale”. To get out… I dunno, coc somewhere else.

When I asked, “But Todd, have you seen how many people download my content? The only stuff that gets any clout are my quest mods!”
He just told me, “Will, all you need to do is slap that Last Refuge label on it and people will go nuts.” I asked if he was sure and he just laughed and said, “How do you think I got people to buy Fallout 76?”

So now, rather than the epic adventure I had planned to follow up The Last Refuge that would take the player on a journey into the Aldmeri Dominion in an open-world environment with loads of content, I’m following it up with this far superior and way more fun Battle Royale map! More fun for you, less work for me! Who wants to sit around and listen to some boring old dialogue written by a 1-and-19-more-year-old kid from New York, or wander around an aspen-covered island with some Ayleid ruins, anyway? Come on, did you guys REALLY want to see Trevilyan again? Everyone hated that last quest in Valley of Outcasts, and I’m sure no one was expecting a follow up with the Thalmor.

DISCLAIMER: The character names in this mod are purely satirical and not meant as a representation of any real individuals. Except the one who’s supposed to be me. Any resemblance to actual usernames is purely coincidental and not intended to be that person. The content of the fake usernames is not meant to be any sort of social commentary, and is purely a humorous representation of groups of people (not individuals) in the online gaming community.

I did not actually meet Todd Howard.

FAQ:
Q: You know, this April Fools’ joke would have been a lot funnier if you released it when Battle Royale was still relevant.
A: I actually started it last year, didn’t finish it in time, and brushed the dust off of it for this year.

Q: Now that COVID-19 has locked you in your house, are you finally gonna fix the persisting bugs in your quest mods?
A: The funny thing about those bugs is that I’ve tried to fix most of them more than once at this point. Especially that gray face bug. Seriously, it’s like the least game-breaking bug in all of Skyrim and people complain about it the most. I wouldn’t be terribly surprised if that one sticks around for a while, but there is a chance I could figure it out. As for all the other bugs, I would like to try to at least look into workarounds for them. I feel like I owe that to all the voice actors I worked with, as well as people like GunRunner66, who basically playtested the mod for free.

Q: …It’s been like a year. Yeah, we know you’ve been busy, you told us in the last FAQ, but you also said you’d get back to work in January when you were off from school.
A: Okay, I MAY have opted for another playthrough of Mass Effect in January.

Q: And how many times have you played that game at this point? Be honest.
A: …Seven. I’m the type of gamer who doesn’t play a huge variety of games, I just play a small number of the same games a lot.

Q: You’re really gonna fix the bugs? You’re not gonna distracted by the fact that Mount and Blade: Butterlord came out two days ago?
A: I’m not saying Bannerlord is a bad game – it has huge potential – but right now, it’s as buggy as The Last Refuge was at launch. I pull about 60 FPS at all times in that game with my lovely GTX 1060, and yet sometimes the movement controls just flat-out stop working. The rest of the game is still really smooth, but I just keep moving and looking in one, locked direction. Bottom line, it’s gonna be a while before I’m going deep into that game.

Q: Good thing Taleworlds has reliable employees who actually do their jobs, unlike yourself.
A: Before launching The Last Refuge, I played it twice and fixed about 150 bugs. I released like 7 patches for it. Stop acting like it was COMPLETELY neglected after launch.

Q: The character’s voices in this don’t match up with their race, age, and gender.
A: That’s intentional, they’re meant to look like people using voice chat. Come on, I’ve got a Redguard named “RacialSlur69” that talks like a 12 year old white boy. Can you really not tell that’s supposed to be a kid who just discovered the n-word and won’t stop using it over voice chat? This is what happens when you have a lot of German fans. They report EVERYTHING.

Q: What are you talking about?
A: I noticed that a lot of the people playing my content are Germans. Germans aren’t as angry and humorless as stereotypes portray them, and I’ve come to greatly appreciate them because of all the feedback I’ve gotten from them, but let me give you an example of German humor: Here in the U.S., we have a satirical news outlet called “The Onion”, which puts out fake articles and news reports mocking our media and politicians. In Germany, rather than a newspaper, they have a website called “Stupidipedia” which is a whole wiki full of inter-connected satirical information. The Krauts made a whole fucking encyclopedia as a joke. Even their jokes are over-engineered. Seriously though, Germany, thanks for playing Jerall Mountains citadel.

Q: You say us Germans have over-engineered jokes, and yet here you are, writing one of your rambling FAQs.
A: Eh, fair enough.

Lastly, I know that considering the fact that you’re all still playing an 8 year old game, most of you probably aren’t having a hard time staying in your houses (apart from the times when you absolutely NEED to go outside), but if somehow, you’re the type of person who says things like, “God dammit, all my friends are busy, what am I gonna do tonight?”, please just rough it out and stay indoors. The more people don’t go out, the sooner this shitstorm is gonna be over.
In the meantime, have a good apocalypse.

Have you ever tried Skyrim Mods? All advanced players around the globe are fascinated by these additional options, which can solve various occurring issues. If you want to become a leading gamer, Skyrim The Last Refuge II – Battle Royale Mod can be the key to success and make this happen faster. All you need to do is pick the needed file and simply add it to your game. This provides you with unseen features and enables you to deal with your workload in a smarter way. There are so many different Skyrim Special Edition mods on our site that you will need some time to try at least some of them. But it’s definitely worth every second spent because your game is being lifted to the whole new level. Every Skyrim mod of our database is the highest quality and meets the strictest requirements. This ensures that our visitors get access only to the most exclusive and useful files. One of the best things we can offer for our visitors is unlimited access to the vast variety of extra files, which provides a wide range of benefits. It’s a significant surplus which is essential in being competitive. If that is your main goal, you should definitely try at least one Skyrim Special Edition The Last Refuge II – Battle Royale Mod file. You will be shocked how come you were missing this kind of important upgrades. But it’s never too late to give it a try and explore. Be one of the modern farmer and take the chance to all you can. These additional The Last Refuge II – Battle Royale files will enable you to choose between the best equipment, weapons and other functionality available. Could you miss that opportunity? We doubt that, so no more hesitating, make a decision right now and boost your game instantly. There won’t be any regrets or disappointments – make your farm the leading one right now!